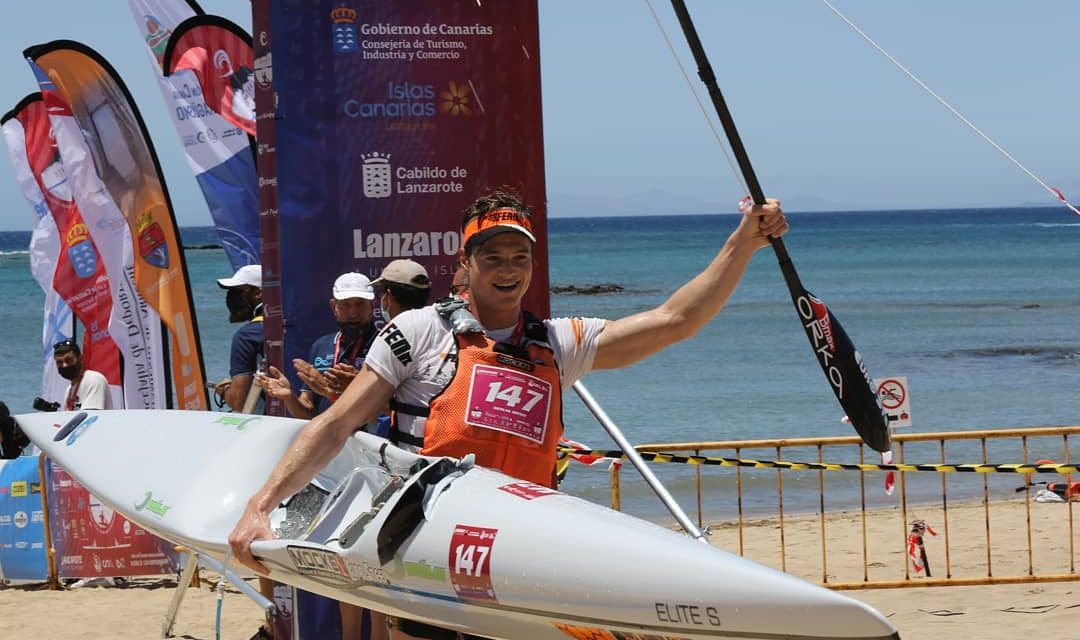 Standing on top of the 2021 ICF Ocean Racing World Championships podium yesterday, with his newest prized possession, the gold medal hanging around his neck, Nick Notten still had to pinch himself.

“It feels a little unreal… I’m not sure if it’s sunk in,” he told The Paddler.

His triumph has certainly sunk in for everyone who saw him race.

Notten produced a commanding performance in the big – and for the most part messy – conditions in Lanzarote on Sunday to join countryman Sean Rice [2013 & 2019] and Australian Cory Hill [2015 & 2017] as the only male World Champions.

“I think anyone who is a competitive surfski paddler has the goal to win the world title.

“But at the same time, it’s a little bitter-sweet given the COVID situation and the context around who could actually manage to get to the race.

“That kind of sours it a little bit, but I’m really trying to stay focused on the positives.”

“And I think it’s really important for the sport to keep pushing towards having these events, in order for it to ensure it carries on in the future.

“It’s super important that we keep soldiering on, and these World Champs are a testament to that.”

His victory was far from a pushover result, though.

The field was stacked with Europe’s strongest-ever crop of paddlers, lead by German powerhouse Gordan Harbrecht.

Along with Notten, Harbrecht was the leading contender to claim the crown – and the two paddlers went toe-to-toe.

“Shit, it was a good race with Gordan,” Notten says.

“We started off hard and Gordan actually got away a little bit.

“He’s very fast off the line, so I just worked hard to try and reel him in slightly.

“We were going run-for-run… I just tried my best to focus on my own race – the more I tried to compete with him, the harder it was.”

“Fortunately for me, there was very big groundswell and messy conditions, which I think suited the South Africans more so than the Europeans.

“I tried as much as I could to race my own race… I had a plan and I had a line I wanted to stick to, and a goal as far as the speed I wanted to see tick by every kilometre.

“I thought if I could stick to that, it would hopefully be good enough… and thankfully, it was good enough.”

Notten finished one minute clear of Harbrecht – a gap that fluctuated throughout the second-half of the race.

“I could see him all the time because he had the motorboat to his side, so it was really easy for me to follow him and his line,” Harbrecht says.

“Sometimes I had the feeling that the gap had gotten bigger, then others when I knew I caught some distance back… but at the end, it doesn’t change too much.”

Harbrecht was able to fend off the fast-finishing Uli Hart, who claimed the Under 23 title, to be the second paddler across the line.

“I really had to push hard to beat him,” he says.

“He’s really some talent… probably with a lot of hard work behind him too.

“My massive congratulations to Nick and to the young gun Uli, who had a really impressive performance.”

For Harbrecht, it wasn’t quite the result he had dreamed of.

An incredibly strong, and always-improving downwind paddler, there was hope he would become Europe’s first World Champion.

But he holds no sadness and certainly no regrets.

A decade ago, he had never sat in a surfski.

He doesn’t lose sight of just how far he’s come.

“I’m proud to have delivered in such huge conditions and big swell.

“Of course, I aimed for the title… but so did Nick, Victor [Doux], Esteban [Medina], Walter [Bouzan Sanchez] and many others.”

“Being the first European, I can really live with this… I am proud of my result.

“It was really tough racing, and I have nothing to complain about – I did all that I can.

“Being a flatwater kayaker for much of my life, it’s probably the worst conditions I could’ve had here with huge swell and messy seas.

“But I’ve done my homework and travelled around the globe, especially here to the Canaries, to train in these conditions… and for sure it paid off.

“I’m getting used to these types of conditions and slowly becoming a better surfski paddler.” 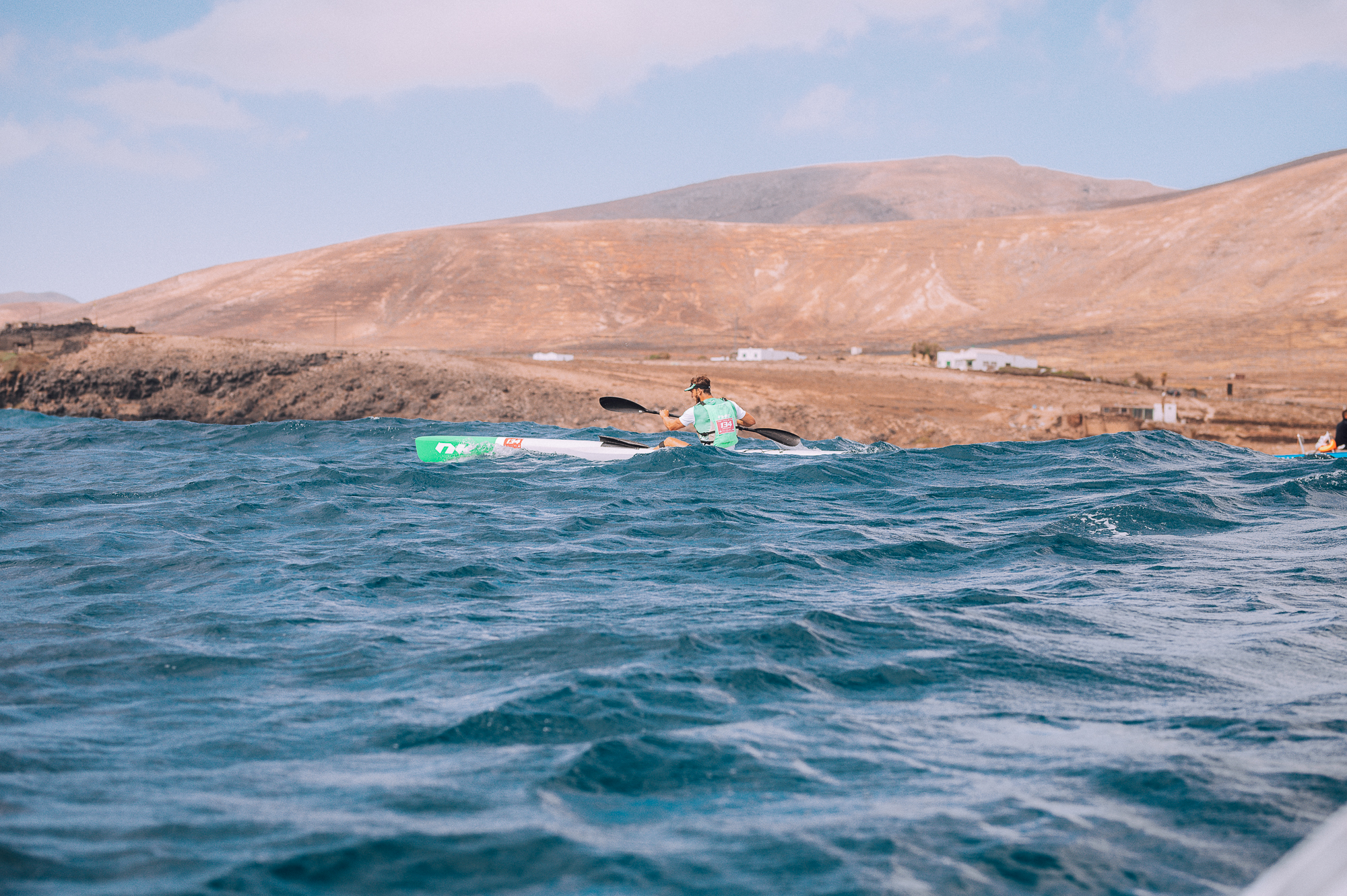 Reflecting on his rise to world champion, Notten feels a certain sense of pride in the challenges he overcame just to make it to the start line.

Only seven South African athletes were able to compete, travelling to the Canary Islands on their second passports in order to circumvent Spain’s border restrictions.

“It was quite an obstacle getting here, even the training leading up to it knowing all could be lost on the day before you left,” he reflects.

“We had a bit of a scare because there was a new set of lockdown regulations two days before we were due to leave.

“We were nervous as to whether we’d even be able to leave.

“I couldn’t quite believe it until we actually got on the flight… even on the first flight I thought there was still a chance we would be turned around.

“I wasn’t convinced that we would be able to race until we got to the hotel and sat in Lanzarote.”

It all paid off for the South African team.

Michelle Burn, Jade Wilson and Saskia Hockly recorded a clean sweep of the women’s titles, as you can read here.

But the men were just as impressive.

Along with Notten and Hart’s gold medals, Josh Smith finished second in the Junior division.

“All of our national team had a really strong showing, which was nice to see that all of the efforts that were put in behind the scenes has paid off.” Notten says.

While he acknowledges that the 2021 World Championships were somewhat diluted, Notten is aware of the influence that this victory could have over the rest of his career.

“For my own confidence, I hope this is going to do some wonders,” he says.

“I always like to think that I approach races similarly and have what it takes internally, but I guess we have the future to see whether this will help me go on to win more races and hopefully another world title.

“Everyone has to start somewhere… and hopefully this is that time for me.”

“I’m trying to live in the moment… then when it passes, look onwards and upwards.” 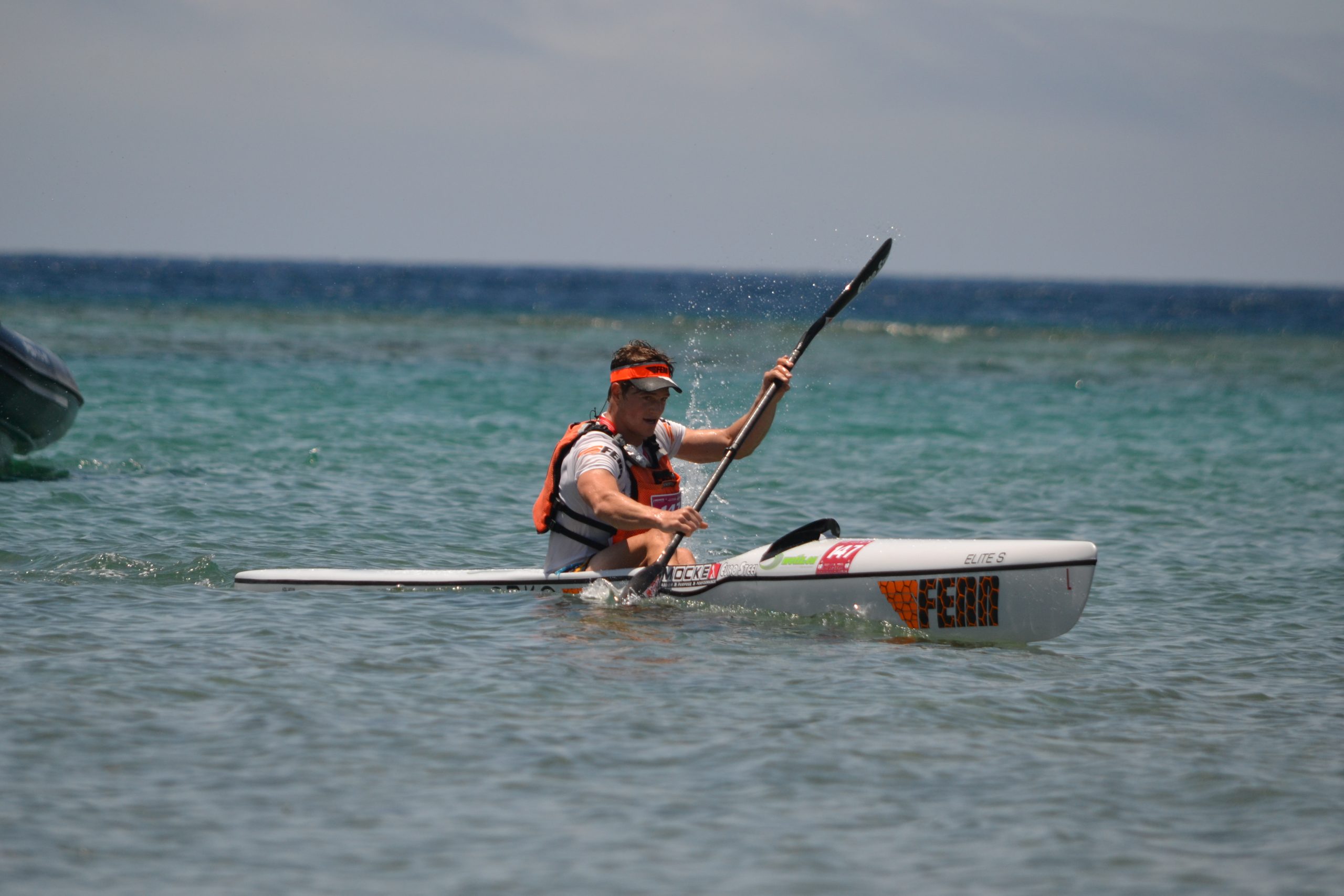 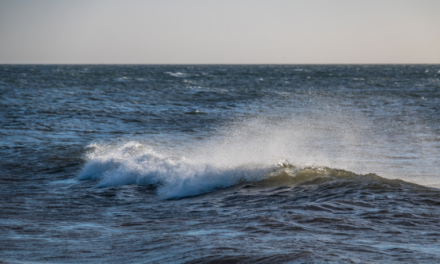 SAFETY IN SPOTLIGHT AFTER PADDLING DEATH IN CAPE TOWN 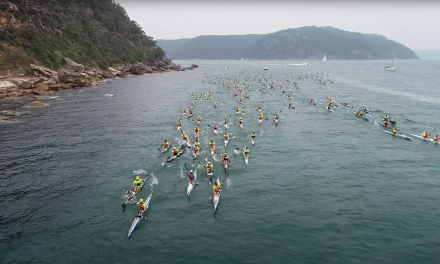 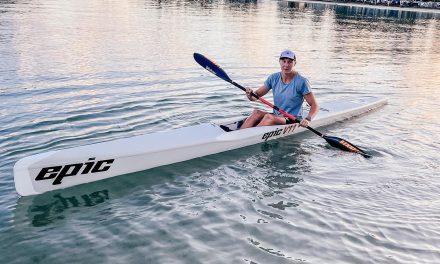