When Michelle Burn stepped across the finish line in Lanzarote on Sunday – assuming the title of surfski World Champion – a flood of feelings washed over her.

Her triumph was the product of enormous sacrifice.

Sacrifice as an athlete, training fiercely for a race that she didn’t even know if she’d be able to attend.

And sacrifice as a mother of two young children, leaving her family behind in South Africa amid the global uncertainty and volatility that now plagues travel plans.

But there was also an undeniable sense of fulfillment.

Burn had finally paddled down the one that got away.

“It’s been a bit of a journey for me… and it’s taken a long time too,” she tells The Paddler.

“I put a massive effort into training for the first ever ICF Ocean Racing World Championships in 2013 in Portugal.

“It was a big one for me because as I approached the finish line in first place, I was made aware that I missed the turn can out to sea.

“By the time I got there, I was met with three other ladies and as we turned, I was only able to get my nose around in second, which is where I ended up.

“I’ve had two kids along the way and only one other World Champs between, which was in Hong Kong, where I also got a silver which I was super grateful for because I didn’t believe I was on-form at the time.

“For me, this World Championships felt like unfinished business.”

Burn has no intention of slowing down, but her victory at this 2021 World Championships does bare the feeling of a closed chapter.

She was one of seven South African athletes that was able to make the trip, travelling on a second passport to circumvent Spain’s border restrictions.

Her experience – no doubt – helped propel the group to its extraordinary success, heralding the arrival of the nation’s next generation of female stars.

South Africa recorded a clean-sweep of the women’s titles.

Jade Wilson claimed the Under 23 crown, while Saskia Hockly won gold in the Junior division with sister Valmajean third. 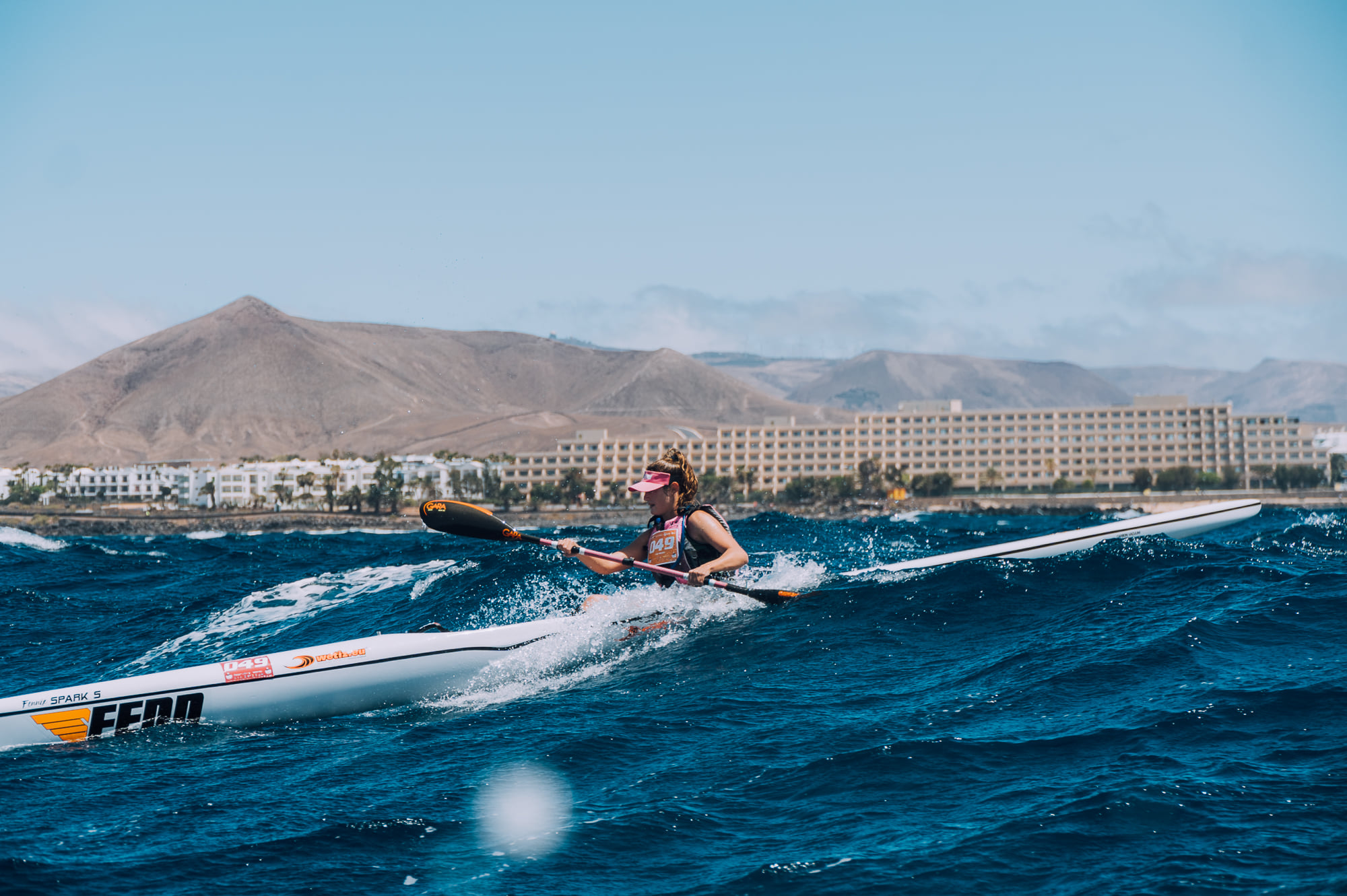 Jade Wilson on her way to winning the Under 23 ICF Ocean Racing World Championship. PHOTOGRAPH: © Supplied.

All of the team’s results are the product of perseverance.

“There were so many uncertainties along the road, also having different lockdown levels along the way, so it’s been a bit more stressful trying to focus on a main event than it would usually be.” Burn reflects.

“It also made it very tough to remain focused with training, being on the fence about you’re going to be able to go or not.”

Burn also highlighted the support of FENN, who shipped skis to the Canary Islands for the South African team, uncertain if they’d even be used at all.

“I think the fact ourselves and so many others made such big efforts getting us here made it even more motivating to paddle really hard.” She says.

For Burn, it all paid off.

She took a shallower line down the course, closer to the cliffs and shoreline, that allowed her to escape from the chasing Ana Swetish (USA) and Judit Verges Xifra (SPA).

The gap allowed her the luxury of savouring her victory as she approached the beach.

And the destination of a surfski journey like no other.

“I’m just super happy to finally get that almost ‘missed’ title from so many years ago.”

“I’m also grateful for the kindness and support from everyone… friends, family, sponsors and even complete strangers – it’s been amazing.

“Now I’m looking forward to getting back home to my family.” 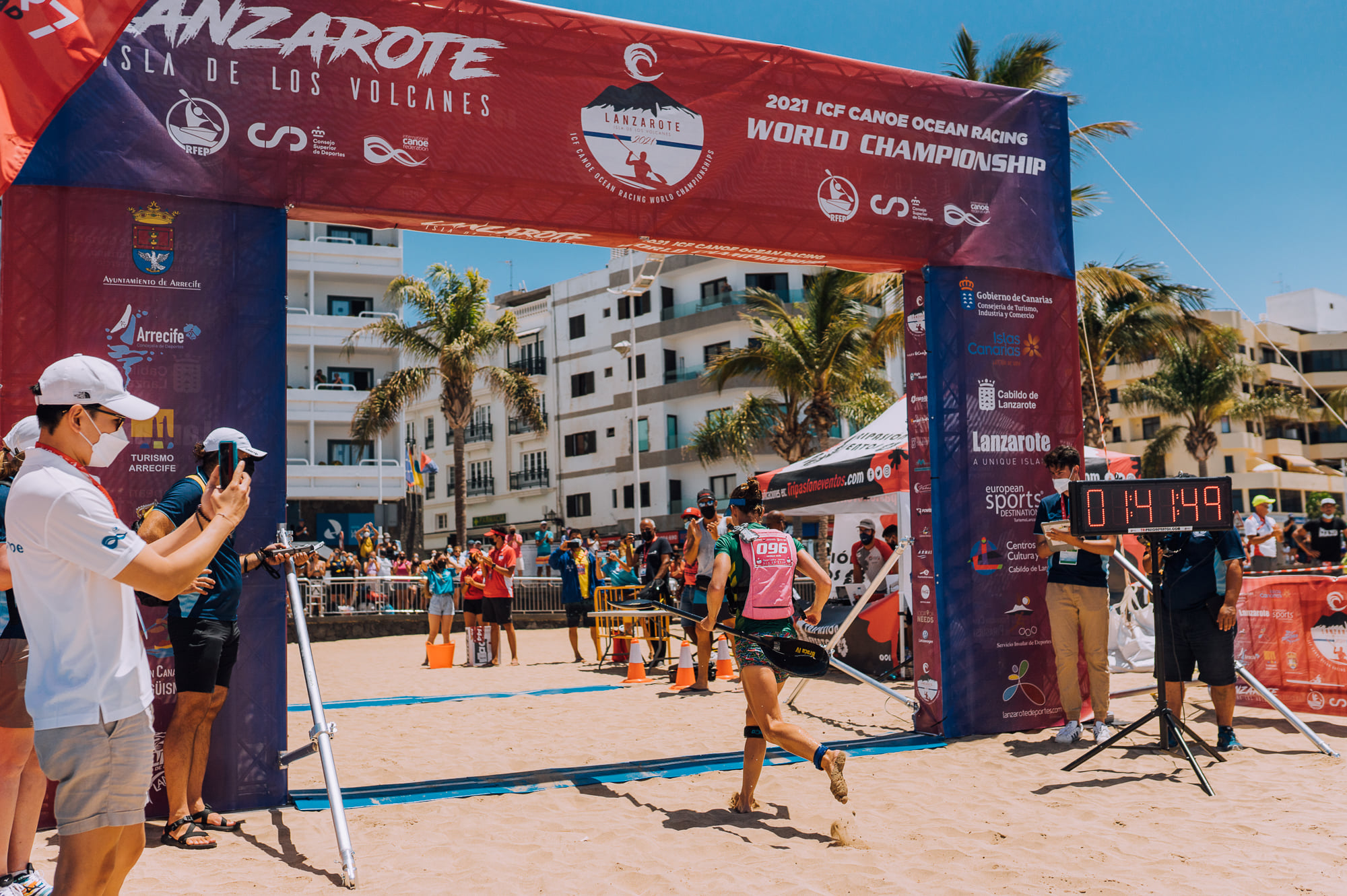 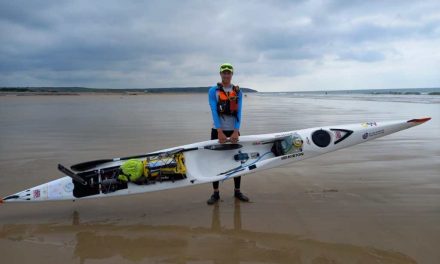 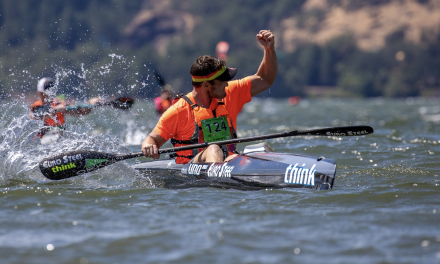 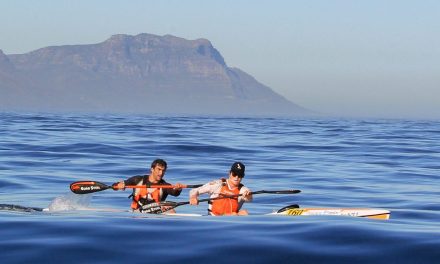 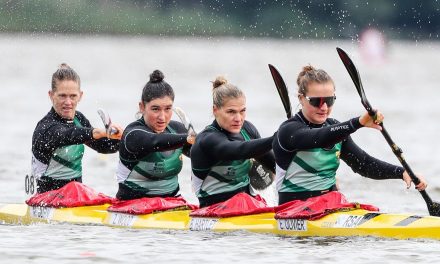