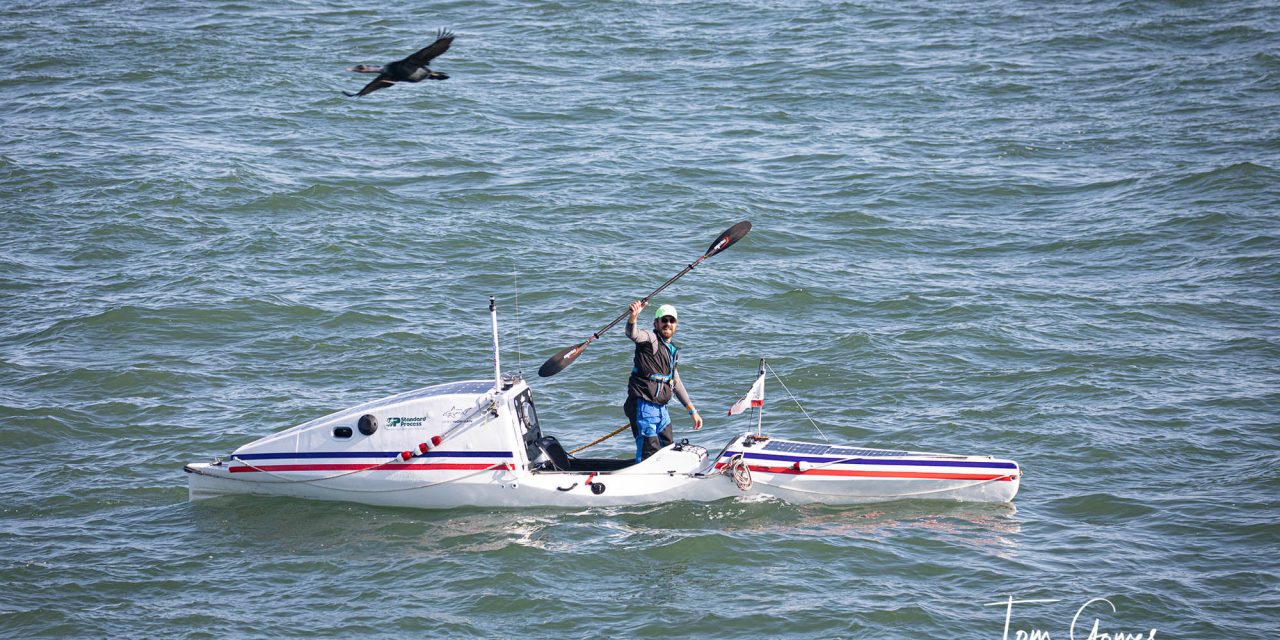 He dreamt of conquering the Pacific Ocean, but kayak adventurer Cyril Derreumaux has instead been forced to abandon his San Francisco-to-Hawaii solo crossing, after his boat began taking on water.

Derreumaux had spent the past three days immobilised under sea anchor, battling a vicious weather system that was delivering winds upwards of 40 knots and swell larger than 4.5 metres, when he began to experience issues with both his anchor and GPS systems.

This saw his kayak turn side-on to the waves, “violently tossing” him and his equipment side-to-side within his cabin.

Attempts to fix the problem then saw water enter his cabin, essentially rendering his expedition over just one week since his departure.

“I didn’t know if I had lost the anchor or if it had collapsed on itself, but I was sure that the recovery line had again become caught in the rudder.” Derreumaux says.

“In the weather conditions at the time, and even attached to my lifeline, it was out of the question to take the risk of getting into the water like I had done two days before.

“As night had just fallen, it was clear the situation was not sustainable: inability to eat, drink, sleep, communicate easily with my team ashore.

“Being still quite close to land (60 nautical miles) and considering the deteriorating weather conditions which could have made a rescue operation more complex and dangerous for all in the days to come, I made the very difficult decision to request an evacuation.”

Hours later, the US Coast Guard hoisted him out of the ocean and flew him safely back to land. 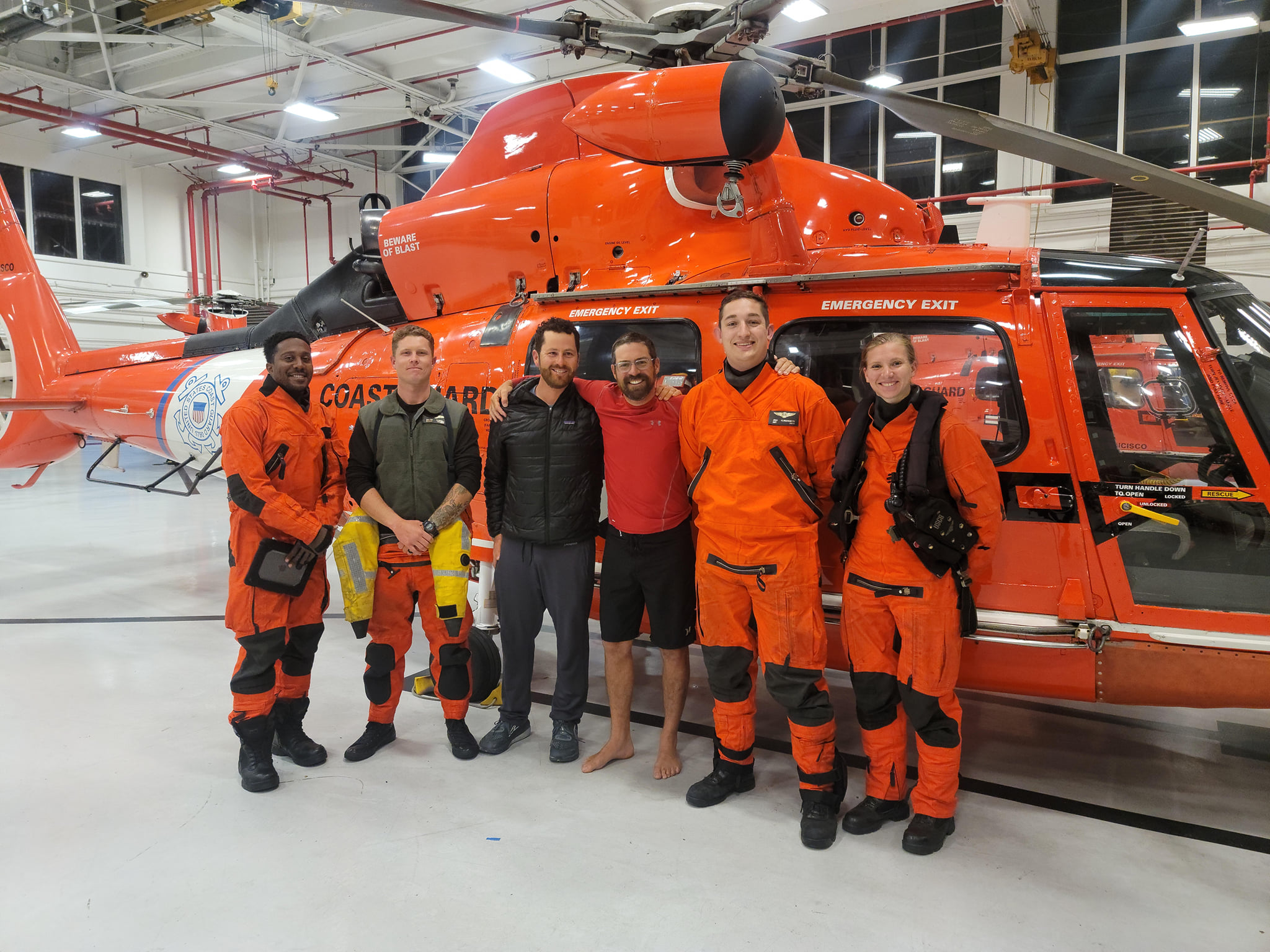 Cyril Derreumaux with the US Coast Guard team who rescued him some 60 nautical miles off land.

Despite the treacherous conditions, Derreumaux is in great condition – so much so, that he’s already exploring another attempt.

His kayak is currently adrift in the ocean, but enquiries are being made into how this can be recovered.

“I knew from the start this would be a difficult thing,” he says.

“All the preparation for this journey was made under the sign of risk control and safety, and it is also under this control that guided my choices last night.

“Great joys arise from our challenges and the ambition we put into them, and when there are great difficulties, it is because the challenge is great!

“I still have my passion for this adventure intact, and I am still determined to make it happen… I won’t give up!”

It’s an empowered outlook, but as Derreumaux explained to Sam & Macca on The Paddler’s Pod last month, he had already derived a great level of satisfaction from this experience.

“I consider it already a success, because I’m already at the starting line,” he said.

“Creating such a project is money, time and making room in your life to make it happen.

“Whether I cross the finish line or not, I’ll be happy.” 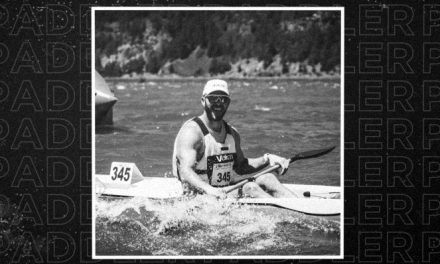 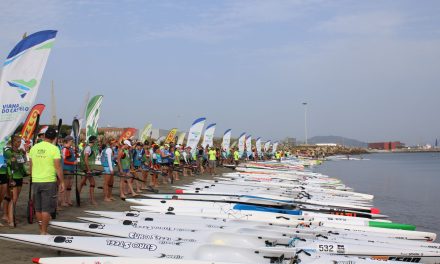 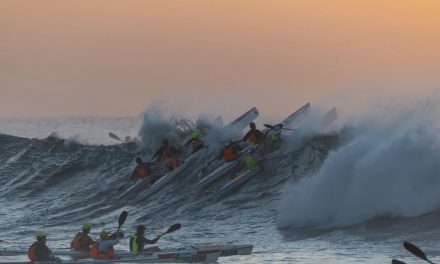