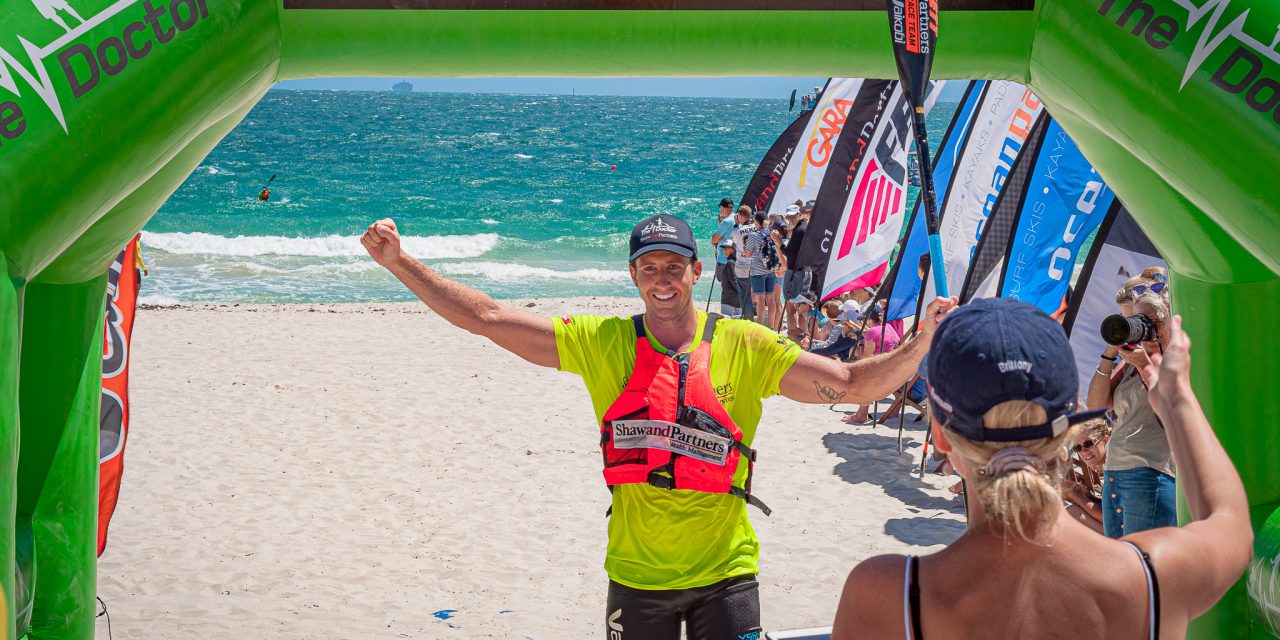 Cory Hill on his way to winning the Shaw and Partners Doctor in 2019. PHOTOGRAPH: © John O’Sullivan.

Dean Gardiner has declared the 2022 Shaw and Partners WA Race Week will be the “biggest thing that’s ever happened in surfski paddling.”

The Australian Ocean Racing Series has now revealed the details of November’s week-long downwind festival, which boasts five races and a total of $260,000 in prize money.

The world’s best paddlers will battle it out in the West Coast Downwind on November 19, before backing up for two shorter mid-week Dr Ben Hewitt Sunset Series races, the Dash 4 Cash and the showpiece event on November 26 – the Shaw and Partners Doctor.

The program also features several free coaching clinics to be hosted by some of the sport’s most recognisable names, leaving Gardiner under no illusions of the legacy this year’s event can create.

“This is the biggest WA Race Week yet,” he told The Paddler.

“This will be the biggest thing that has ever happened to surfski paddling, ever.”

“We’re going to do everything we can to make it the greatest week that’s ever happened, and then build on that again next year.” 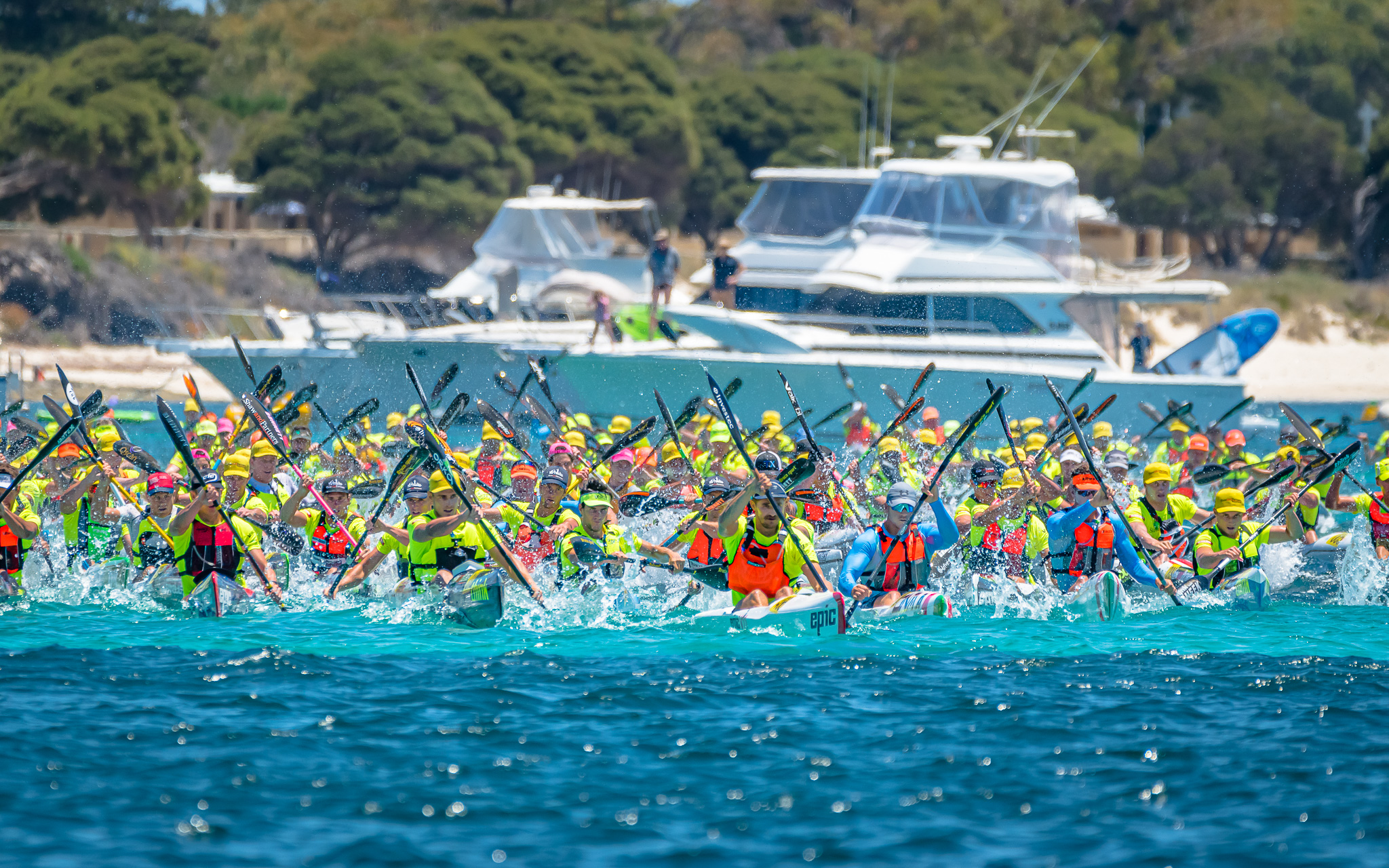 The start of the 2022 Shaw and Partners Doctor will be more furious than ever, given the record prize money on offer. PHOTOGRAPH: © John O’Sullivan.

Each of the five races carries standalone prize money, but the most lucrative offering is the overall point score, with Shaw and Partners placing a total of $100,000 on the cumulative tally.

“It is going to be absolutely unbelievable,” Shaw and Partners co-CEO Earl Evans said.

“It’s a big investment. We’ve put a lot of planning into it and a lot of effort… it’s just going to be wonderful.

“It’s a celebration and a festival of paddling, as well as a thank you to the community for their support of surfski.”

“We’ve tried to throw the extra events in just to pull everyone together… we just want to celebrate ocean paddling and getting back together with all of our mates.”

To view the full breakdown of prize money for the Shaw and Partners WA Race Week, click here.

The biggest change – and certainly the most lucrative – is the stunning $60,000 challenge that has been laid down in The Doctor.

Shaw and Partners is offering $10,000 to up to three men and three women who can break the current race records.

It’s a golden opportunity that Gardiner believes can be claimed.

“If the conditions are getting closer to that 20 knot range, let’s say 17 or 18 knots… then I think that, with the field we’re going to have, smacking Cory’s record is very, very likely.” He says.

“And that female paddlers are getting faster and faster every single year.” 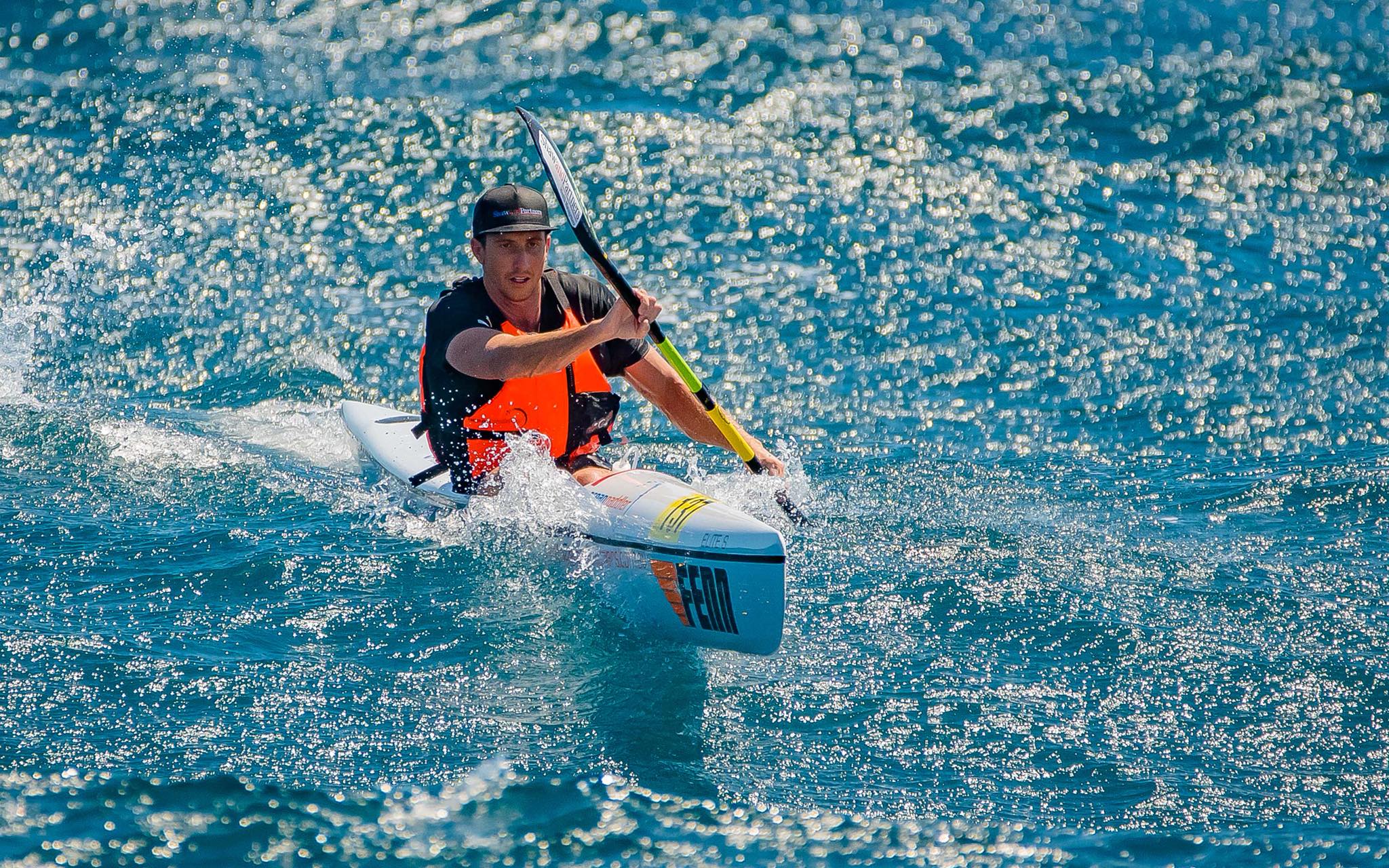 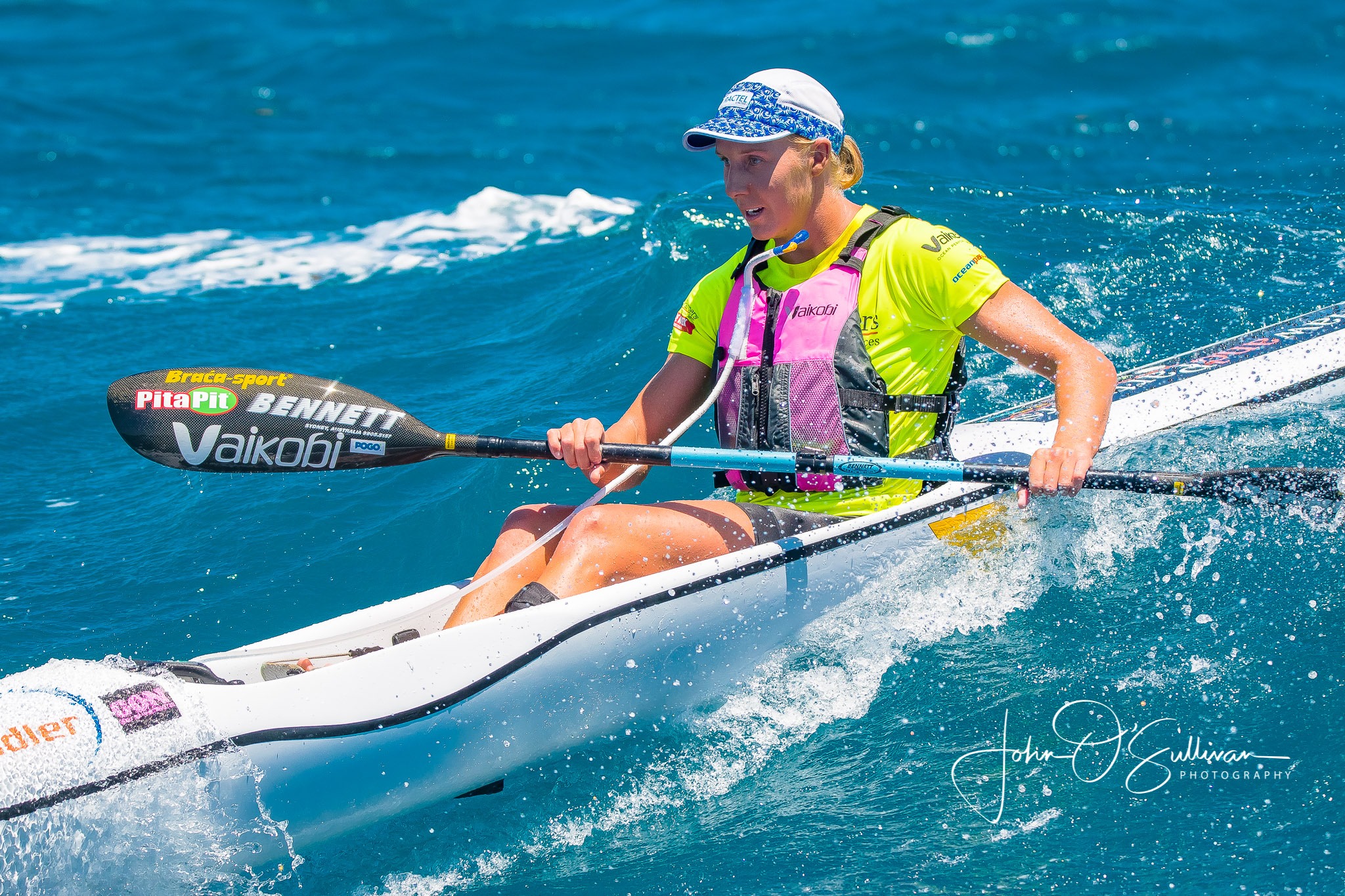 RECORD HOLDERS: Corry Hill claiming the men’s record at the Doctor in 2017 and Danielle McKenzie in 2019. PHOTOGRAPHS: © John O’Sullivan.

Unsurprisingly, the majority of the world’s best paddlers have already committed to competing.

There will also be a huge surf lifesaving presence with Ali Day, Georgia Miller, Kendrick Louis, Harriett Brown, Matt Poole and Hannah Sculley among a host of ironperson stars determined to strike success in the downwind arena.

“I think it’s phenomenal,” Gardiner says. “Obviously people like the event and like what we’ve done with the event, but really, it comes down to the support we get from Shaw and Partners.

There is a catch, though.

Given the restrictions placed on visitors to the iconic Rottnest Island, entries for the WA Race Week will be capped at 500 paddlers.

That would make it the biggest running of all time – and there is no room for additional places. Entries open on Friday August 5.

“We’re confident we’re going to hit that number. 2019 was 485 paddlers and this year is shaping up to be much bigger.”

“Every trailer that I have advertised is full, so now we’re looking at getting a container over there.

“And the growth of the sport in WA is exceptional too, through guys like Dean Beament and everyone at Indian Ocean Paddlers, so the local numbers are going to be much more than previous years as well.”

For all of the big-money incentives on offer at this year’s Race Week, the addition that Gardiner is most proud of comes at no cost at all.

The coaching clinics and breakfasts will be free to all entrants – and there will be more bonuses announced over the coming months.

“We realise that only 3 per cent of the field win prize money, so we want to make the event as social and as fun as possible for everyone that participates,” Gardiner says.

“People are going to look at the week and say, ‘What, I get that and I get that, and this and that?’

“We want everyone to finish the week and say, ‘This is the best surfski event I have ever taken part in.’” 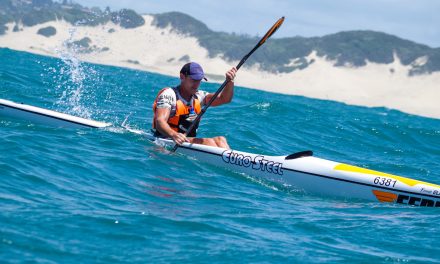 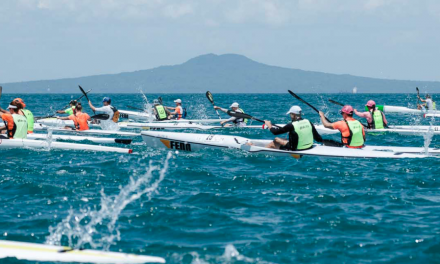