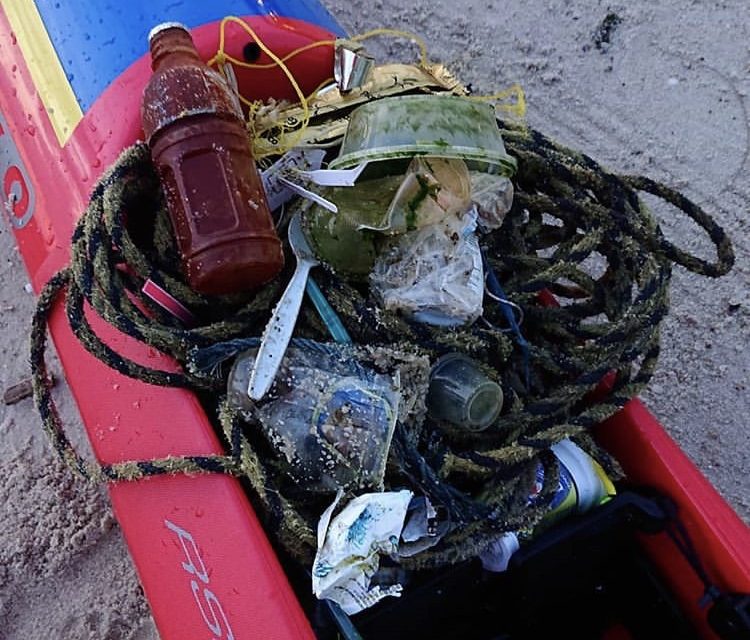 There were two realisations that quickly struck Sulynn Chuang when she began surfski paddling.

The first was that the waters of Singapore are home to much more aquatic life than what people believe.

The second is that they’re also home to much more rubbish.

For many of us, this comes as a surprise.

Singapore’s littering laws are among the strictest in the world – famously, chewing gum has been banned since 1992.

But this restraint doesn’t extend to its waterways, something Chuang was shocked to discover.

“Singapore has a reputation as a clean garden city and our government takes hygiene quite seriously, so growing up here, I think we take it for granted that rubbish will be magically cleared up somehow,” she says.

“Paddling made me more aware of just how much trash there was out there, because you get to see it right out there in the ocean before anyone can get to it.

“It made me realise that there is no magic.

“We’re only a clean city because someone else out there is making the effort to pick things up.”

So, with no one else taking the initiative, she decided to make that effort.

Having raced kayaks in her high school days, Sulynn has always had an affinity with watersports.

Dragonboats and SUP took up her time, but it was outrigger canoeing that caught her eye in 2017 and saw her join Singapore Paddle Club.

“It didn’t actually cross my mind to move back into a kayak until the day we had to rescue a teammate in trouble,” she recalls.

“I volunteered to paddle his Epic V10S back to shore while he took my place in the OC6, since I was the only one with a K1 paddling background.

“That first paddle was a wobbly experience, but it was so lovely to feel the water in a single craft after so many years.

“One thing led to another, and I bought my first surfski a few months later!”

Her happiness was instant – but not everlasting.

“I love sea turtles,” she says. “They’re my favourite animal.”

“I was so thrilled to spot so many turtles in my first months of surfski paddling.

“But at some point, I began worrying that the turtles would eat the plastic bags and wrappers that I would see while paddling.”

That’s where The Trash Paddler began.

Every time Sulynn would get out on the water, she made the effort to come back to shore with a boat-full of rubbish.

Food wrappers, bottles and plastic bags are the most common discoveries, but her haul has produced all kinds of litter.

Kids toys, shoes and diapers have all been reeled in and disposed of correctly.

“So much of the plastic currently floating around the ocean is there because someone tossed it in, thinking that it was only a ‘small thing’ that wouldn’t make any difference.”

“Now we have almost 150 million metric tons of plastic bobbing around that we’ll likely never be able to fully fish out.

“Disregarding the ‘small things’ is how we got into this mess, so doing a few ‘small things’ to lessen the amount of plastic in the oceans – or even to reduce plastic usage in other aspects of our lives – is how we move towards making a bigger change and show each other that our actions matter.” 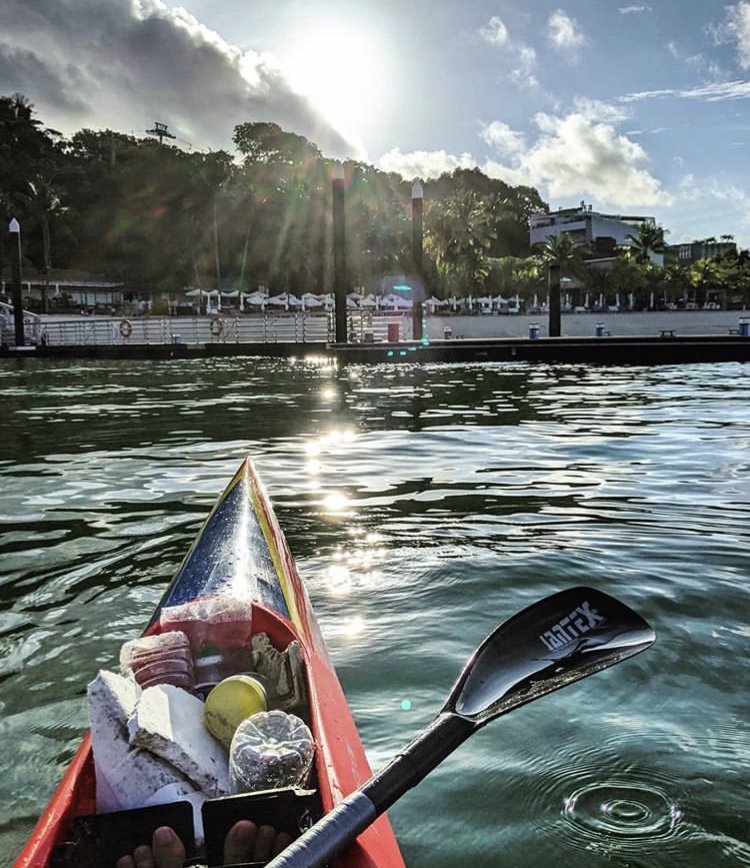 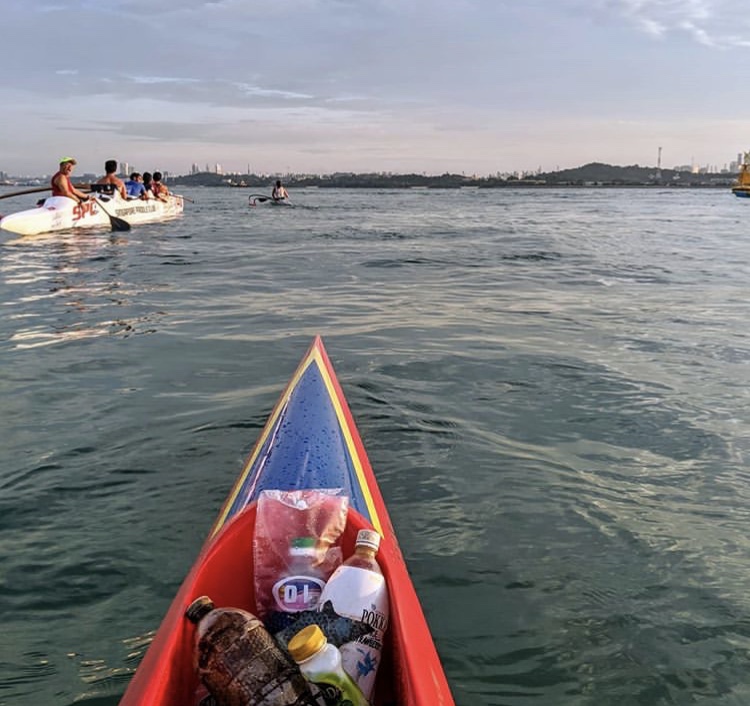 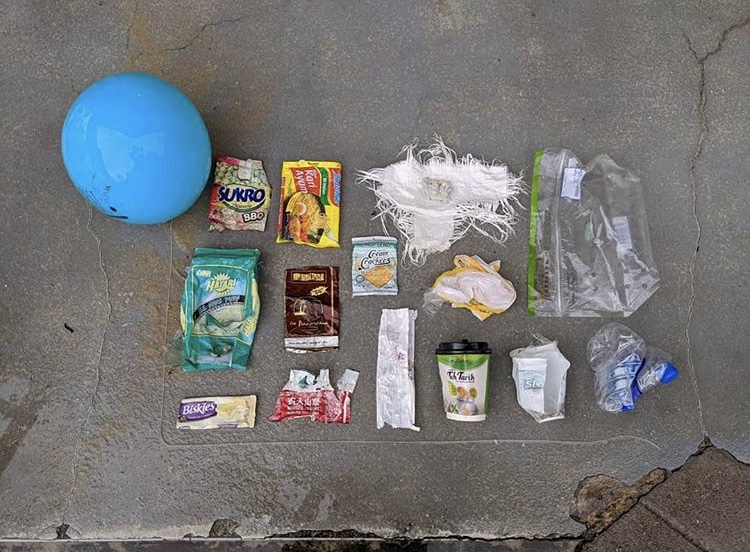 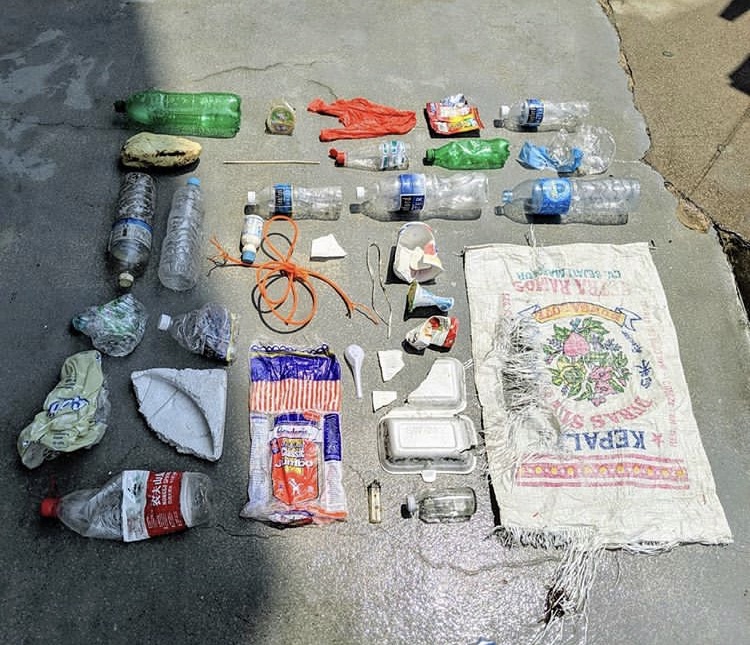 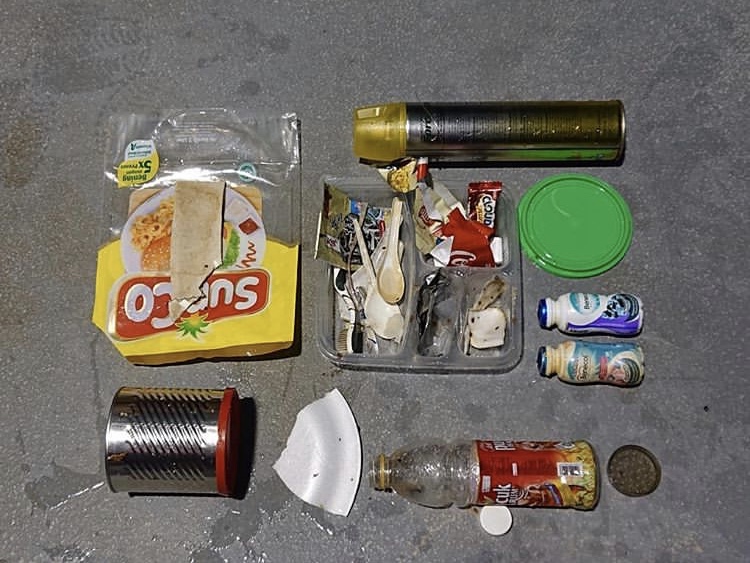 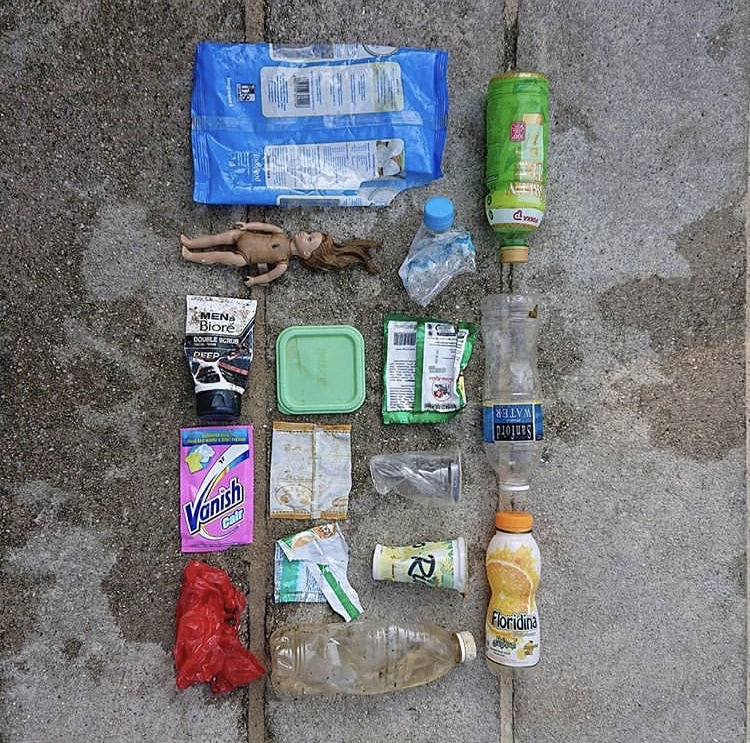 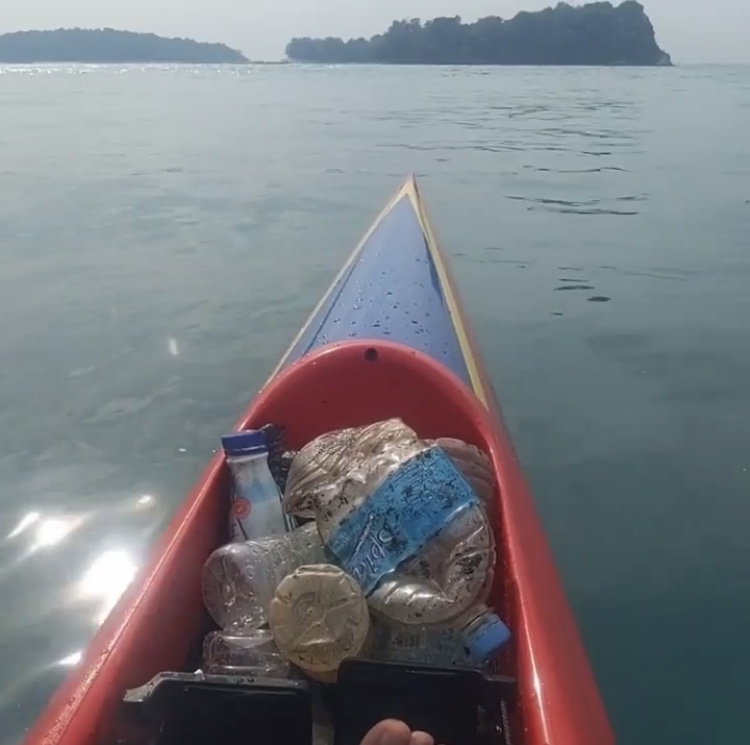 GALLERY: Click through these images of the rubbish hauls Sulynn Chuang has brought back to shore from Singapore’s waterways.

Her campaign is turning heads right around the surfski world.

Dawid Mocke is one of her biggest fans, and the project is catching on.

On the latest episode of The Paddler’s Pod, two-time world champion Cory Hill and Under 23 world champion Mackenzie Hynard both added their support to Sulynn’s cause.

“In some ways, I think it’s very counter-intuitive in our sport to want to pick up ocean rubbish.

“Ocean racing focuses so much on going faster, going farther, catching that next big wave.

“Picking up trash often means that you have to make a conscious decision to slow down your boat and to miss that wave.

“Sometimes you end up stopping entirely and bobbing precariously about, or even going in circles because you missed that little floating piece of plastic and you don’t want to leave it behind.

“More of us picking up rubbish while paddling helps to normalise the idea that it’s OK to slow down and that surfski paddling is not all about coming in first or going as fast as you can.”

On our current trajectory, by the year 2050, ocean plastic will outweigh all of the ocean’s fish.

Picking up a few pieces of trash may seem like a futile activity – but that’s the only way the issue can be arrested.

“If you pick up one piece of trash each time you head out to paddle and you paddle at least once a week, you’ll have picked up 52 pieces by the end of the year.

“Imagine how much difference your small part could make if you kept at it?

“We spend so much time playing in the ocean – it stands to reason that we should take care of our second home for ourselves and the next generation.”

The Paddler wants to lend its voice to this vital cause and encourage paddlers all around the globe to do their own part.

We want to see your #TrashPaddling. Pick up a few pieces of rubbish on your future paddles, snap a photo and include the hashtag #TrashPaddling when posting it to Facebook or Instagram, and we’ll share them on our social media channels. 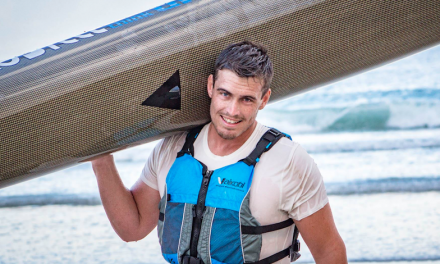 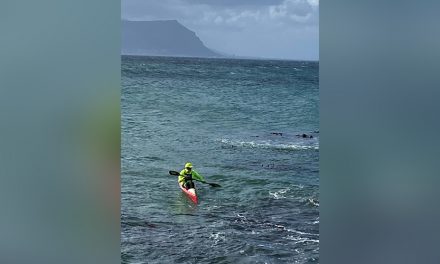 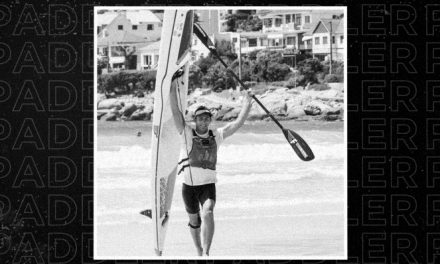 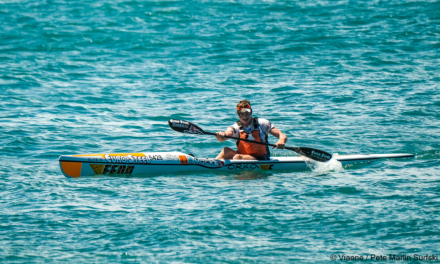