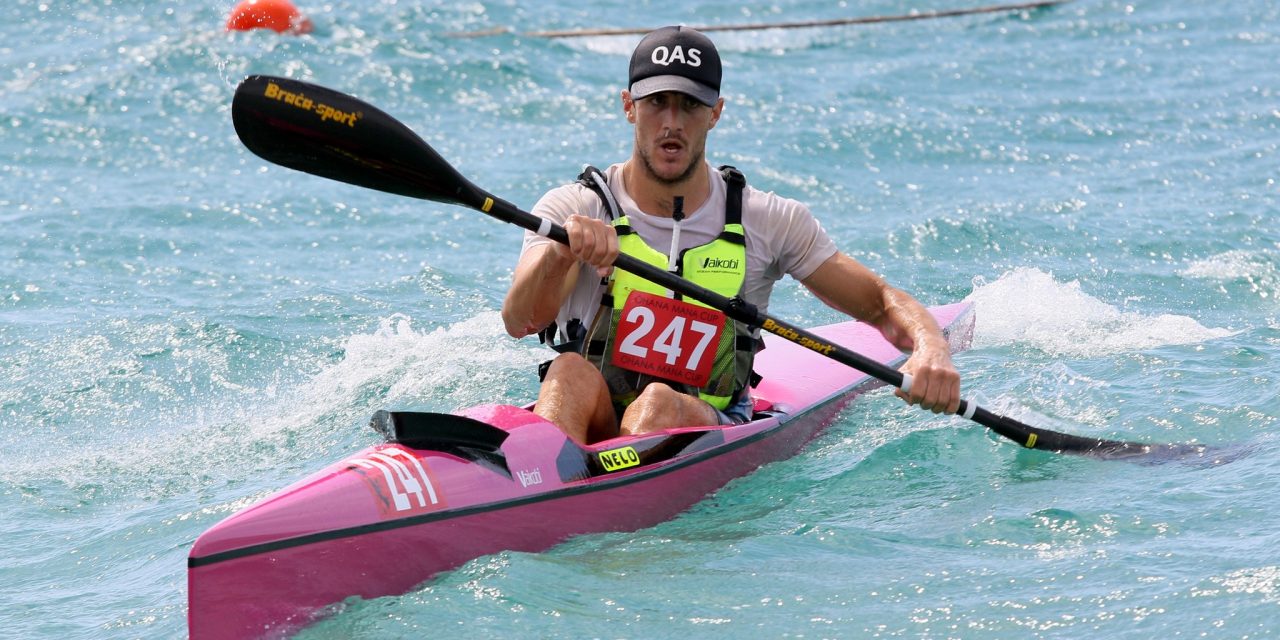 It’s a title he’s dreamed of his whole career, but Valentin Henot admits he surprised himself with just how much significance his victory at the European Championships truly carried.

Touted as a potential star of the sport for so long, the 28 year-old Frenchman broke through for his biggest victory in Sardinia, Italy.

“I had a few tears after the race and I was really emotional,” he tells The Paddler.

“I knew I could win, but to actually succeed felt amazing. It was the first time in my life I actually raced at my potential, really.”

The result shouldn’t come as a shock.

Now living in Australia, Henot has dedicated himself to his training and has raced with success on the nation’s domestic circuit.

However, he says he still wasn’t prepared for the emotional response that followed.

The high of victory was replaced by a low of fatigue, something his energy levels are still recovering from ahead of the ICF World Championships in Portugal this week.

“Coming back to Europe, I didn’t really put much importance on European Champs,” he says.

“I was tired with jet-lag and felt so muddy that I couldn’t paddle well.

“I was just taking it as a training race, but my view completely changed after winning it… I felt like that was all I came for because I was so proud of what I had already achieved.”

“I needed to rediscover the motivation and hunger to succeed again before Worlds.

“I know once I am there seeing all of my friends, the Australians and the South Africans and everyone else, the will to race will be there.” 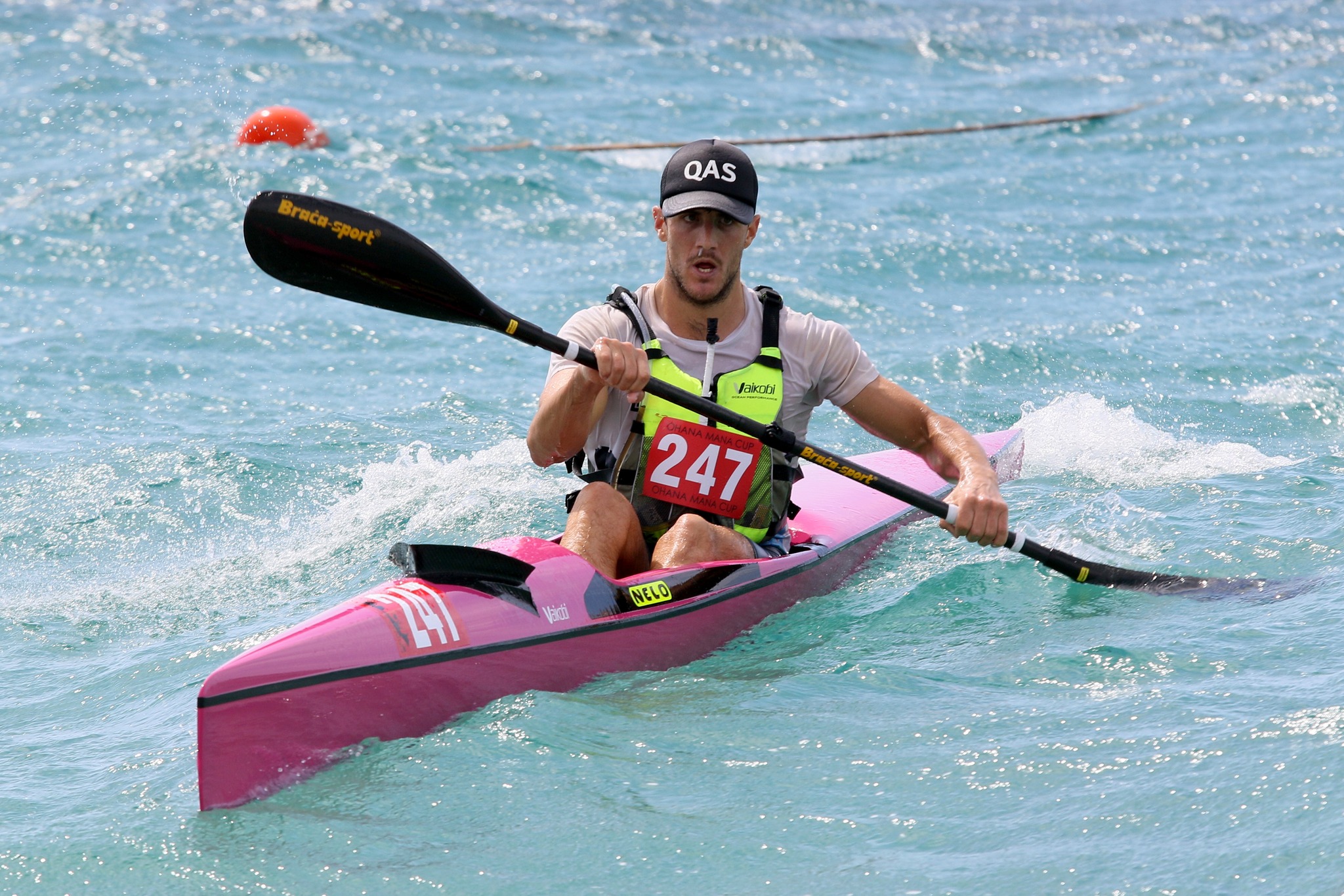 The accomplishment Valentin felt after the race is best explained by the years of disappointment that preceded it.

He describes his run of results at the European Championships as “really bad”.

The accomplishment Valentin felt after the race is best explained by the years of disappointment that preceded it.

He describes his run of results at the European Championships as “really bad”. 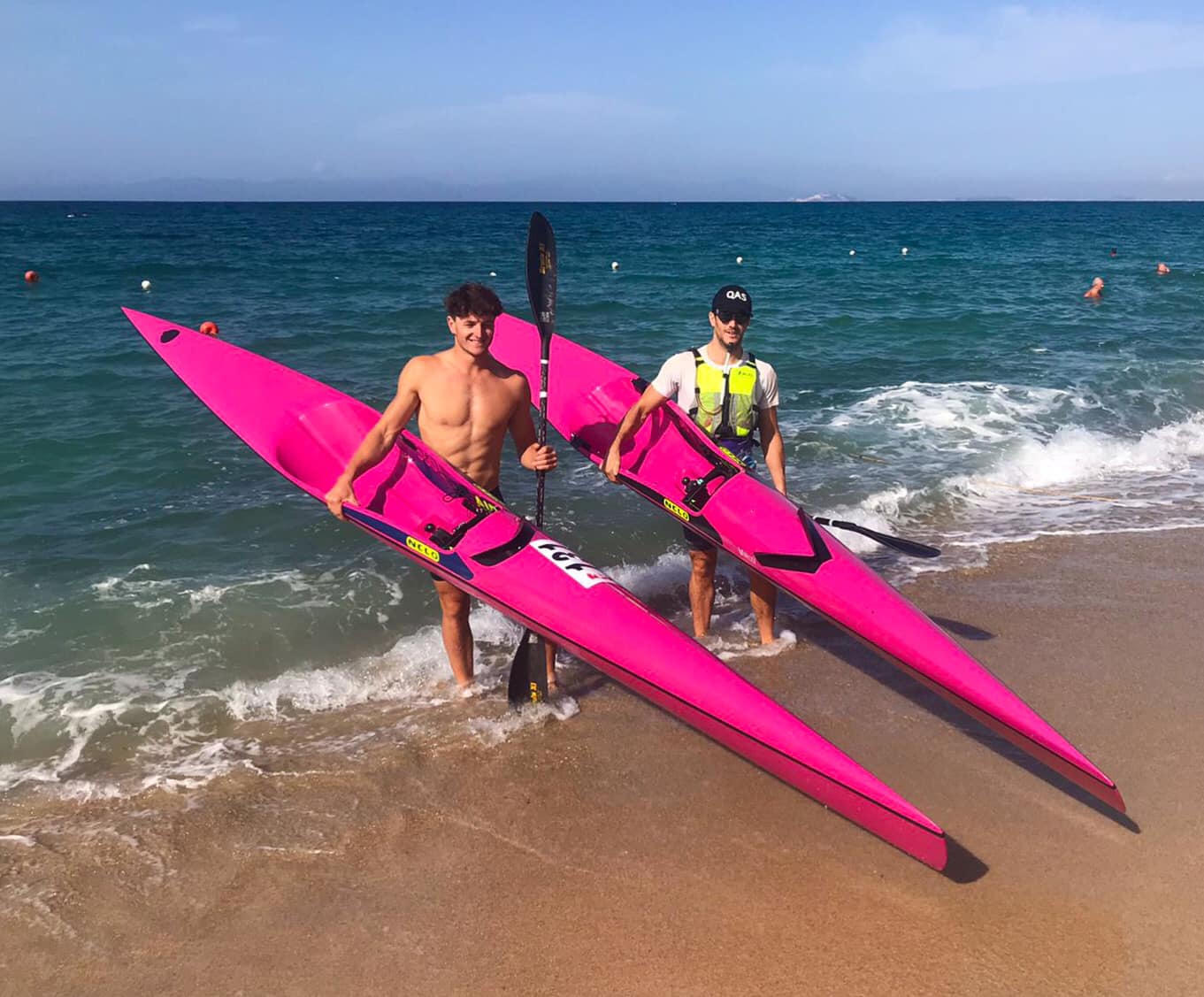 Valentin with his younger brother Hector before the 2022 European Championships.

Patriotism may be front of mind, but it’s Henot’s affinity with Australia that may have had the biggest influence over his performance.

He’s quick to single out a host of people who have acted as mentors down under, including Jeremy Cotter and Peter Dorries, along with the star-studded squad he now trains with – and crucially, drew his belief from.

“I am training with the best paddlers in the world,” he says. “Guys like Macca [Hynard], Cory [Hill], Tom [Norton], Cory Taylor and Jeremy [Cotter], they can all win world champs on their day.

“To know that I can keep up with them at training has been a big factor in my success for me, I think.

“If I can be with them, and even sometimes beat them at training, then why can’t I do it in a big race?”

Henot will get his chance in just a few days time, when the World Championships boasts a full-international field for the first time since 2019.

After their downwind duel in Italy, he knows his continental compatriots, led by Harbrecht and Bouzan, will be right there with him.

“I have spent time in South Africa and Australia, but these two have just paddled in their own countries and are self-made surfski athletes, really,” he says.

“For them to show everyone else they are on top, it’s incredible.

“European training and racing can take you to the top now… it’s a big source of pride for us.” 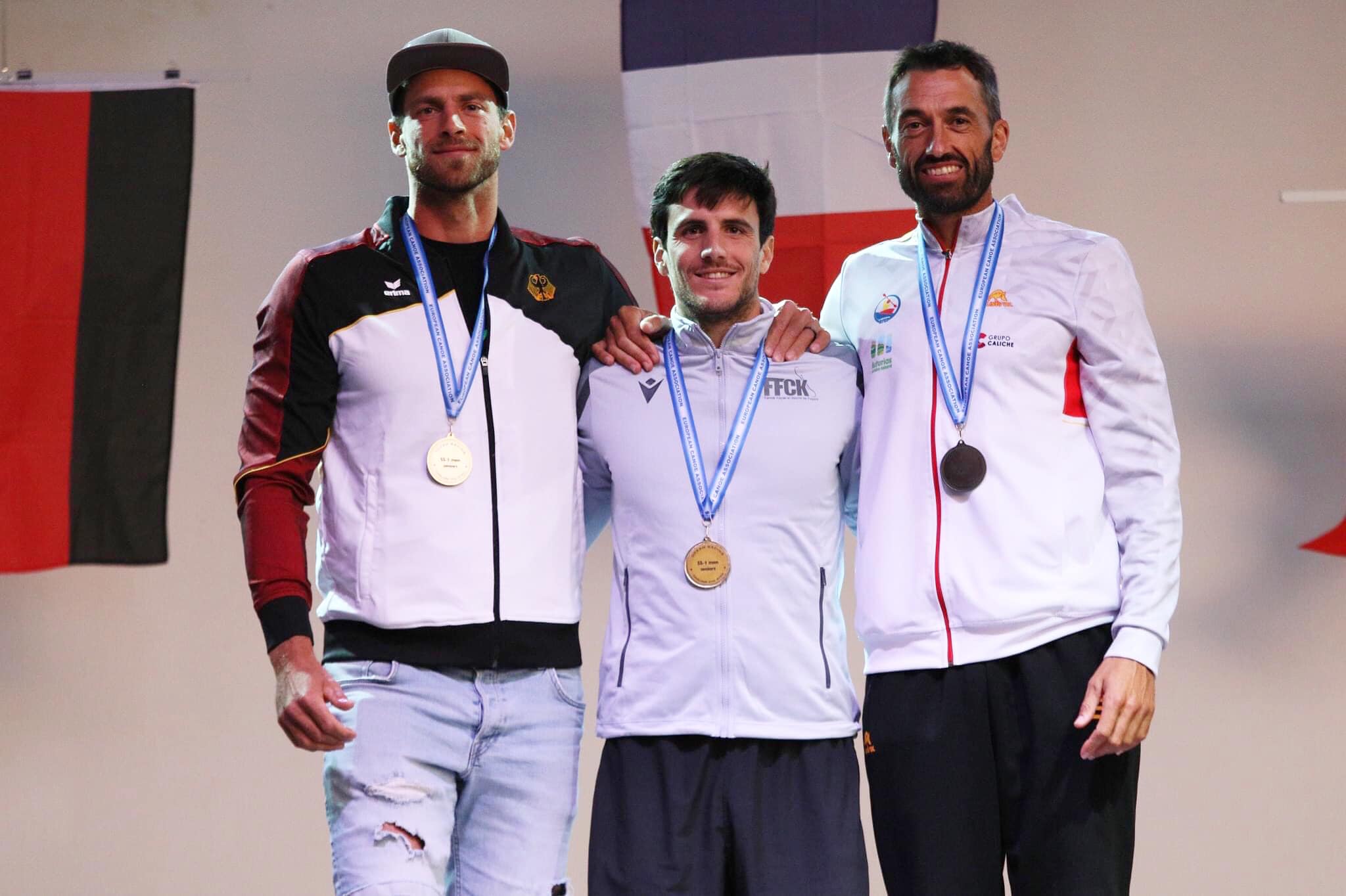 Valentin Henot (centre) with Gordan Harbrecht (left) and Walter Bouzan (right) on the Open Men’s podium of the European Championships.

And he knows more will follow sooner rather than later.

“Surfski is growing in Europe – not just in numbers, but also quality.”

“There’s no reason Europeans can’t be competitive surfski paddlers. We have amazing conditions and we’ve shown in sprint and marathon and other disciplines that we can paddle.”

“The culture is changing now. In Portugal and Spain, there is a culture of ocean paddling. In France it’s coming too.

“Five or 10 years ago, people from downriver or slalom were transitioning to ocean ski, so by the time they were starting in the sport they were already 25.

“Now, people are starting in the surfski so they develop the skills from the beginning and the overall level will increase. The perfect example is Bernardo [Pereira, of Portugal], who is going to kick ass, I think.”

“I am super glad to see it happening.” 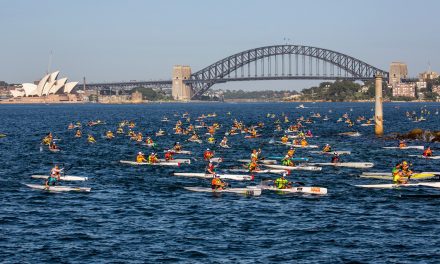 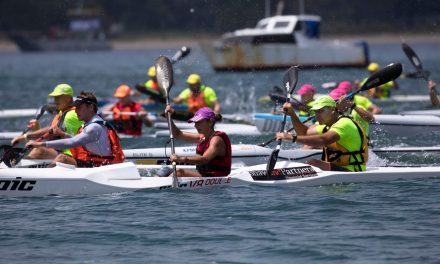 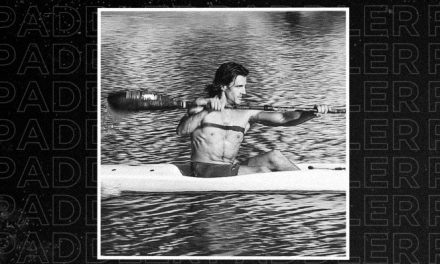