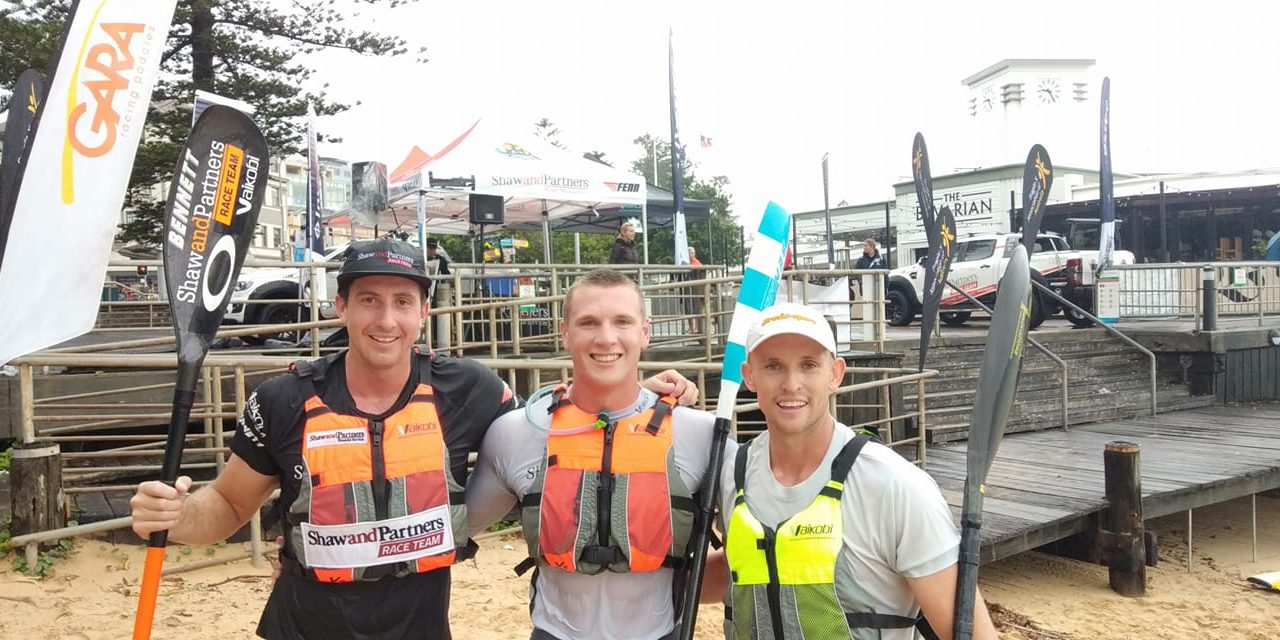 Jackson Collins and Danielle McKenzie have made perfect starts to the 2021 Shaw and Partners Australian Ocean Racing Series, both claiming wins at Sydney’s iconic Bridge to Beach.

It made for intense racing – Collins claimed victory in a time of 37 minutes and 41 seconds, just 12 seconds ahead of Tom Norton, while two-time ICF World Champion Cory Hill was a further 18 seconds back in third, rounding out the men’s podium.

“They’re the standard in Australian ocean racing, the two guys that are going to push it the whole way.

“So for me to get a win over them early in the year is massive… I’m really happy with that.”

Incredibly, the battle for the women’s title was even closer.

That was just three seconds ahead of fellow ironwoman Jemma Smith, while Jordan Mercer was 32 seconds behind in third place.

“It was a good hit out, that’s for sure,” McKenzie says.

“Those type of races are always going to be hard and fast.

“My sort of racing is that I try to set the intensity pretty high and play with a few minds, I guess.

“It wasn’t just your own racing you had to think about though, there were other factors on the course like SUP paddlers and people falling out of their boats that made it challenging.”

Despite the extreme weather, more than 250 paddlers still took to the water, in what’s a positive indication of the sport’s growth.

Click here to view the full 2021 Bridge to Beach results.

It also made for congested racing.

After a typically tense start, a lead group of around a dozen paddlers formed heading into the first turn, with Collins setting the pace.

The second leg of the course was the only section that provided any assistance for competitors, with small groundswell still travelling from the opening to Sydney Harbour combining with strong winds, blowing across the boat from right to left.

For the reason, it also proved to be the section of the course that would split apart packs of paddlers.

After the first downwind leg, Collins, Norton and Hill began to break away as a trio, with Mitchell Trim, a longtime powerhouse of the Australian Surf Lifesaving scene, and Noah Havard not far behind.

Frenchman Valentin Henot, who now lives on the Gold Coast working with the Queensland Academy of Sport’s kayak program, was in sixth.

At the front of the race, that’s largely the way it stayed for the next lap and a half.

“Each lap the intensity stepped up that little bit more,” Collins says of the lead group.

“You knew that on that last lap, you were going to have to find something if you wanted to get the win.

“I came off Tom Norton’s wash probably 300 metres out from that turning can and tried to get myself some clear water knowing I wanted to have a really good crack at that downwind section.

“I knew if I could put some space into them there, then it’d be really hard for them to claw it back in the headwind.”

“I’m pretty lucky that I didn’t completely cook myself and had a little bit left on the way home.”

Heading into the turn to start the final downwind section, Hill faltered first… somewhat by his own doing.

“We were overlapping three paddlers and I yelled out to say, ‘hey, give us some room,’ and one of them fell off… so I kind of did myself an injustice there,” Hill laughs.

“Jacko got around the paddler and the buoy first and capitalised on that first run… setting up an uncatchable lead, really.”

“It’s been 15 months without racing, so to still be on the podium is awesome.

“It’s always good to start out with short, sharp racing… now, moving forward, we’ll lengthen out and get into the ocean, which is more suited to myself.

“I’m really happy to be on the podium in something that I don’t favour.”

Tom Norton continued to give chase until the end of the race, but couldn’t reel Collins back in.

“Jacko just seemed to have a bit more grunt on that last downwind section,” he reflects.

“It was good to see where I’m at and know that base fitness is there.

“I think I can walk away feeling pretty good about the season ahead.”

That’s the takeaway for Jackson Collins, too.

The 22 year-old will miss the next round of the Australian Ocean Racing Series, the Voost Shaw and Partners Forster Race Weekend, as it clashes with the national sprint kayaking titles.

But for the rest of the year, Collins will put his ocean ski ambitions at the forefront.

And he’s off to the best possible start.

“I really wanted to try and put myself out there early and show everyone the work that I’ve been doing.”

“With everything that’s happened COVID wise, it’s put a lot more focus on the domestic season and the Australian Ocean Racing Series has become a lot bigger because of it.

“For me, it’s the start of a really good season and a focus on my ocean ski paddling.”

The women’s race played out in a similar fashion.

A group of four formed on the opening lap, with Danielle McKenzie joined by Jemma Smith, Jordan Mercer and Georgia Laird.

Like the men’s battle, overlapped paddlers became tactical pieces, with one congested turn helping McKenzie to gain a slight buffer.

But it was still a fight all the way to the finish.

“Jemma and I came together at the final headland turn [with 100 metres to go]… and basically it was a flat-out sprint to see who could hold on, really.”

“I knew that if I could get off with two ski lengths advantage, it should be enough for me to hold on down that 100 metre running straight.”

Unbelievably, McKenzie has now won all five of the of major ocean ski races that she’s lined up in since claiming the 2019 World Championship in France.

But with more than a year passing between victories, she admits that she came into the weekend wary of the unknown.

This result helps to settle those thoughts.

“It was really important to make a positive start to the season – not just to get the win, but also the effort throughout the race.”

“Even though the course was that a little bit shorter than normal, it’s really just a stepping-stone to what we can look forward to.” McKenzie adds. 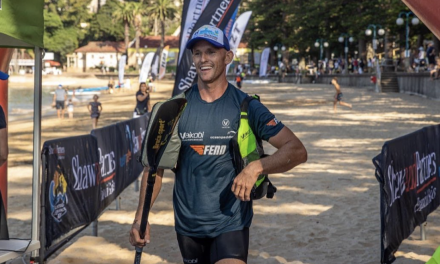 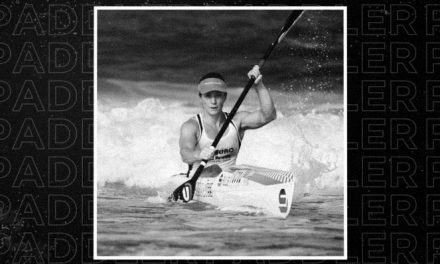 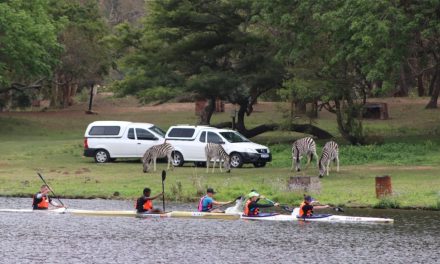 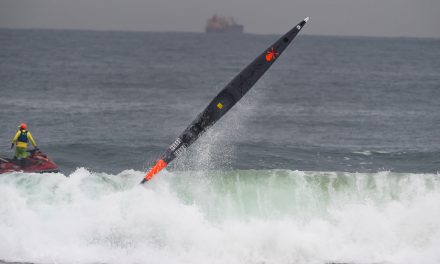