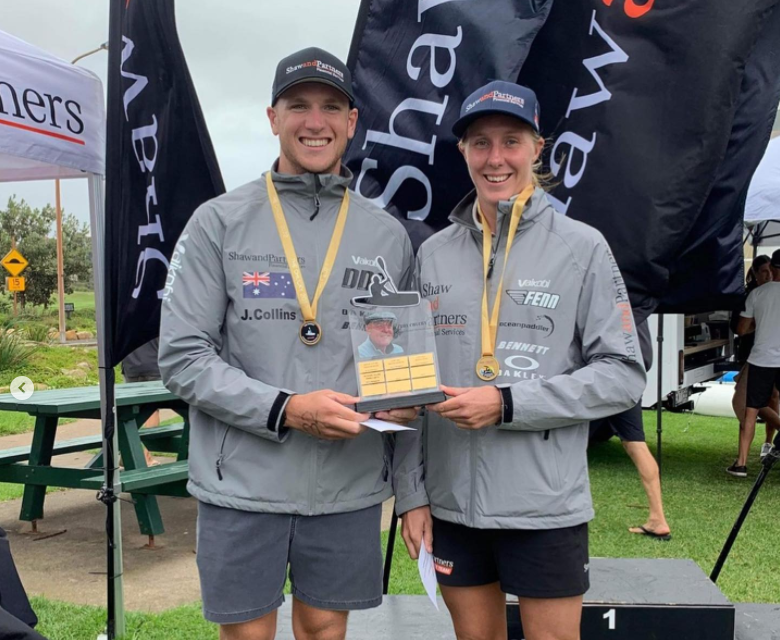 Jackson Collins admits his victory at The Chucky has left him with somewhat of a bittersweet feeling.

Sweet, because the 23 year-old was able to claim his third title at the event – now the second round of the Shaw and Partners Australian Ocean Racing Series – despite only training in his sprint kayak for the past four months.

“It just gives me a bit of confidence to know that the work I have been doing is right, that I am fit and able to win some of those races against the best,” he tells The Paddler.

But there’s also a tinge of sadness knowing that he’s now walking away from downwind racing until the end of the year.

“It is a bit of a funny feeling,” he admits. “I know I’m alright at this ocean ski stuff, but it almost feels like something I’m only dabbling in.

“If I really wanted to, I could focus on this properly. But that’s also why it’s so nice to have results like Saturday, where it feels like something I’m not wholly concentrating on.”

Collins is one of Australia’s best sprint kayakers, and with a new generation of paddlers now rising to the top of the nation’s ranks, he’s determined to lead the charge.

He has relocated from Sydney back to the Gold Coast to pursue the sport – with the end goal being the Olympic Games.

“But I also don’t think it’s a reason that will stop me doing as many ocean races as I can over the next 12 months.

“Anything that’s on before the kayaking World Championships in the first week of August will be a bit too hard.

“Everything after that, the World Championships in Portugal, the Irish Coast Championships, Hong Kong hopefully, The Doctor, 20 Beaches… I’m going to be doing as much as I possibly can.

“It’s such a good thing to be involved with and it’s a really cool way to spend your time when you’re not flogging yourself in a kayak… I can’t wait for that.” 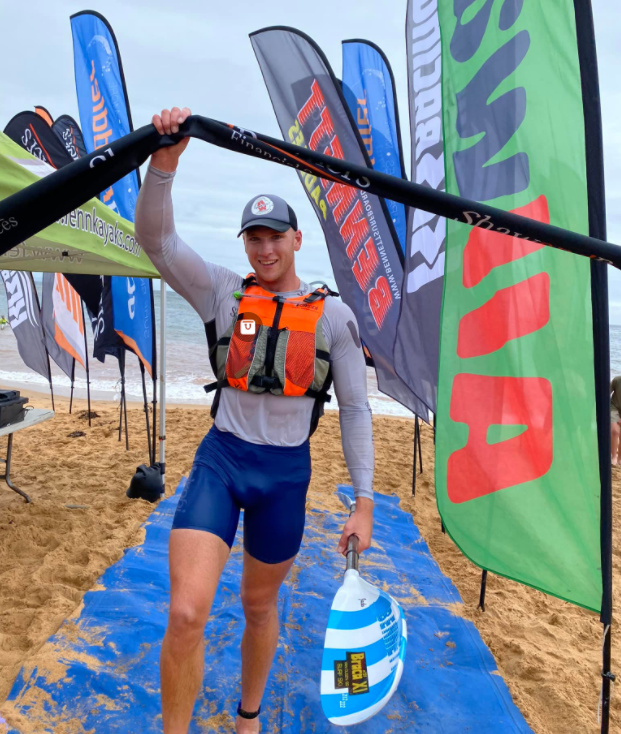 His performance at The Chucky was certainly a good note to leave on.

After a beach start and a 500 metre dash before the first turning buoy, Collins found himself in a breakaway group of three with Sam Norton and Mitchell Trim.

With strong south-easterly winds, event organisers decided to bring the already-reduced lap course down even further, leaving paddlers to battle it out over two-laps – a distance that ended up totaling just under nine kilometres.

Collins, Trim and Norton – who was racing a FENN surfski for the first time – regrouped after the opening downwind section and began a tactical run into the second lap.

Approaching the turn to begin the final downwind run, Collins put on a burst of speed to try and break clear.

“I hadn’t paddled in the ocean or caught runners since 20 Beaches, so I knew my skills wouldn’t be very good and that I needed a buffer,” he says.

“Sam actually ended up catching me on that downwind and we went runner-for-runner down that main straight.

“As we turned around that bottom can I put in another 100 metres or so to stop him getting on my wash.

“I really put in coming out of that turn, and luckily the speed that I had was just enough to shake him off.”

“I had to keep the pressure on the whole way back, so it ended up being a fair slog punching back into that headwind, but it was pretty good and that was it.”

Jim Walker (40:30) produced arguably the most impressive paddle of the event to finish in sixth overall and also take out the Over 50s division. 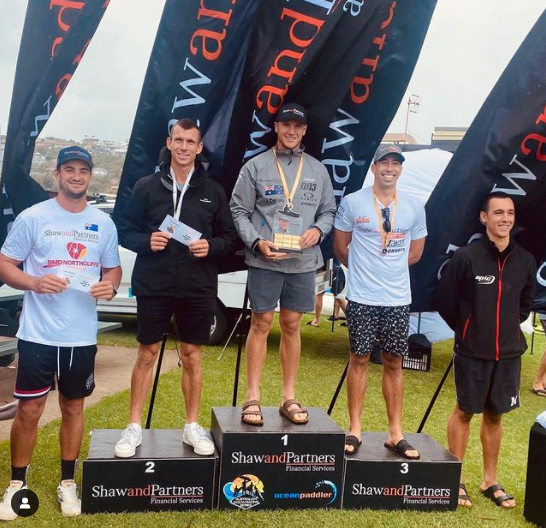 The women’s race produced another chapter in the storied rivalry between Danielle McKenzie and Jemma Smith.

Ultimately, it was McKenzie came out on top by just six seconds to make it two-straight wins to star the series.

“It’s always awesome to win,” she laughs. “But no, I think you have to take the wins you do get.

“What I’ve started realising is that each win is really special. There are so many awesome athletes out here paddling.

“I think it’s a really good start and, if anything, it’s really good motivation for the rest of the season.

“A boost of confidence, pretty much.”

McKenzie admits that Smith was “probably stronger” paddling into the headwind and opted against trying to break her until the final downwind run.

“I knew I had to get away from her there, because she was strong enough to make it a really difficult finish,” McKenzie says.

“That was something that was key for me, and I knew I was a strong enough paddler to hold on for that last kilometre if I could do it.”

McKenzie was able to do just that, securing another hard-fought victory over her most-constant competitor. 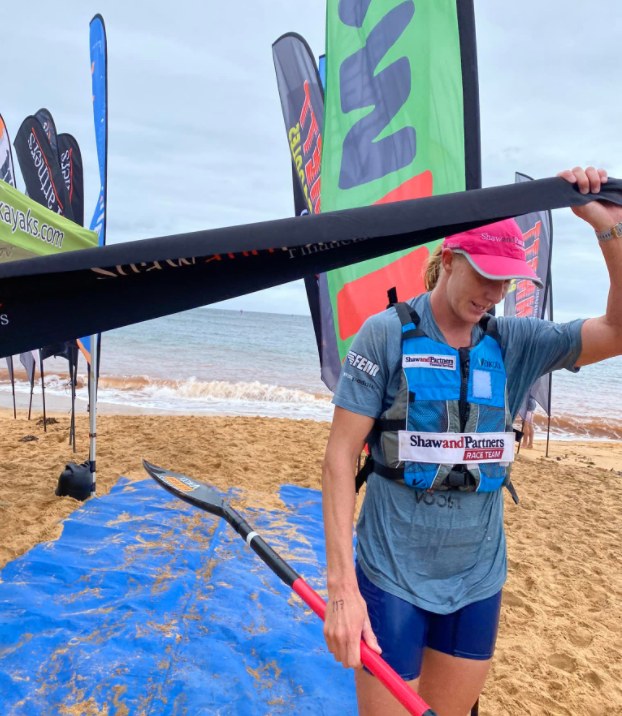 “She’s the silent assassin,” she laughs. “She’s always there, she’ll always push you to the finish line and she’s such an awesome athlete.

“Even if it’s a lifesaving ski race or the last ski leg of an ironwoman, we always seem to end up there together.”

“I think there is a deep respect. Like for me, it’s Jemma. Everyone thinks she’s awesome and she’s just a really, really good person and competitor.”

For Dean Gardiner, the decision to move bring the race forward on the calendar was a successful one.

The most pleasing aspect of all – the increased conversation around heart health and an acknowledgement of Charles ‘Chucky’ Stewart’s legacy.

“I think most definitely, this year,” he says. “It’s something we spent a lot of time on was trying to get the message out there of what this is all about.

“Not just remembering Chucky but was also about the hidden killer that’s inside most of us.

“That was really good about this one. It wasn’t just the race, but all of the stuff around it really made it shine.”

For more on Charles Stewart and why all paddlers should book a heart check-up today, check out the latest episode of The Paddler’s Pod with Guy Leech. 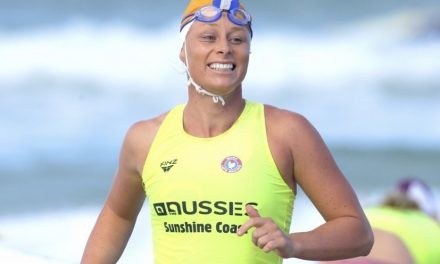 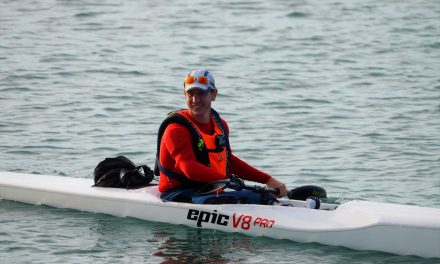 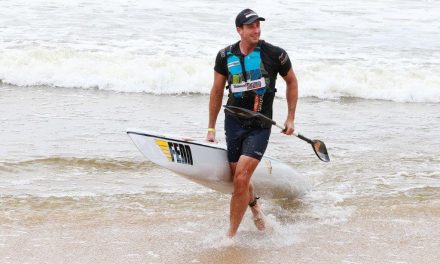 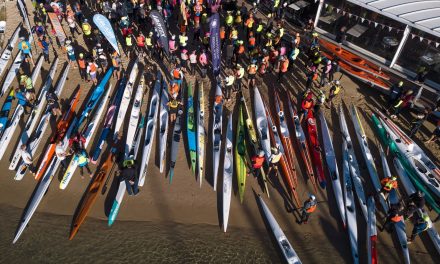